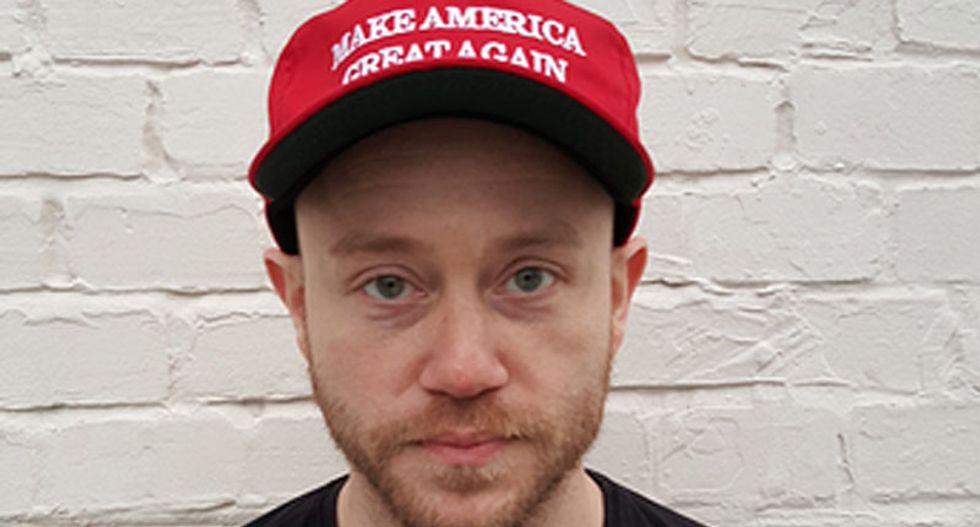 Ramping up their attacks on the a Montana town where white supremacist Richard Spencer lives part of the year, neo-Nazis are planning an armed march down main street in January, reports Fox-Montana.

The small town of Whitefish has become a hub of turmoil with the rise of Spencer whose mother owns a business in the downtown district. While Sherry Spencer doesn't share his son's white separatist beliefs, she has been taking heat and facing financial setbacks from locals because she allows him to use her address as the headquarters for his deceptively named National Policy Institute.

Previously neo-Nazi fans of Spencer have limited their threats to the people of Whitefish by using social media, however Andrew Anglin, who runs The Daily Stormer website, now says he plans to lead a march in the town aimed at Jews in the community.

"We are planning an armed protest in Whitefish," Anglin wrote. "Montana has extremely liberal open carry laws, so my lawyer is telling me we can easily march through the center of the town carrying high-powered rifles. I myself am planning on being there to lead the protest, which has been dubbed ‘March on Whitefish.’"

According to Anglin, he claims he will be busing in "skinheads from the Bay Area," adding, "Currently, my guys say we are going to be able to put together about 200 people to participate in the march, which will be against Jews, Jewish businesses and everyone who supports either."

“We have to stand up to these people, and we have to force an apology,” The Forward reports Anglin wrote. “This will be an absolutely massive victory for our cause. We have never done this before.”

According to local police, they have received no information on the march which is tentatively scheduled for the second week in January.

Prior to the 2016 presidential election, Anglin claimed that "Virtually every alt-right Nazi I know is volunteering for the Trump campaign.”

Ever the busy white nationalist, Anglin recently threw a tantrum after athletic shoe company New Balance ignored his entreaties to become “the official shoes of White people.” Anglin blamed earlier reports that New Balance was catering to the Donald Trump crowd on the "lying Jewish media."