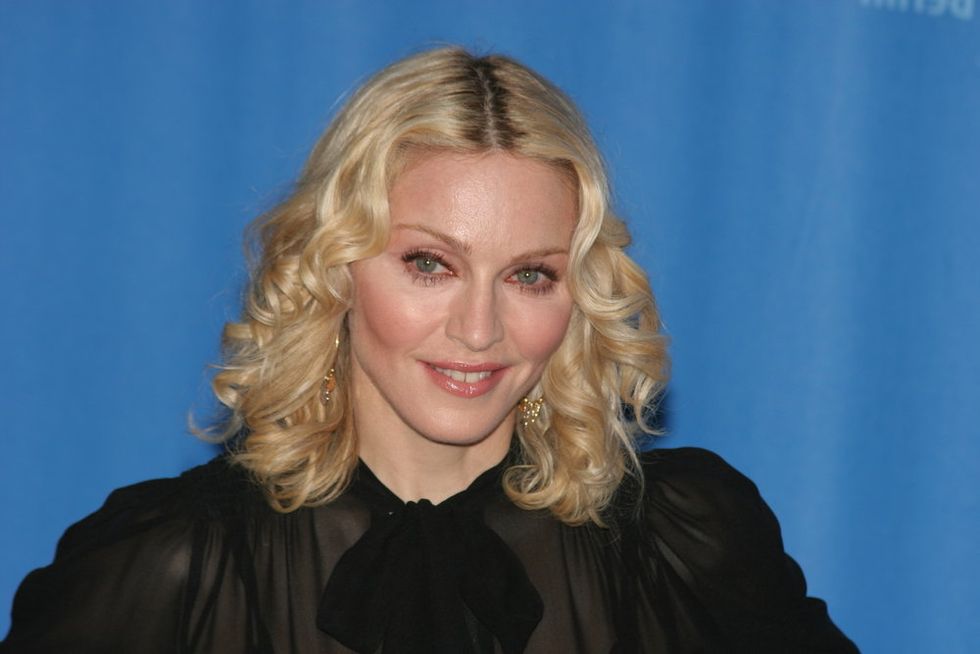 President Donald Trump slammed Madonna as "disgusting" on Fox News after the pop star attacked him during a fiery Women's March speech -- but he once went to ridiculous lengths to save face when she rejected his advances.

The pop music icon said during Saturday march that she'd "thought an awful lot about blowing up the White House," and conservative media have heavily covered her remarks all week -- and Trump addressed them during a Fox News interview Thursday night with Sean Hannity.

"Honestly, she’s disgusting," the president said. "I think she hurt herself very badly. I think she hurt the whole cause,” Trump told the Fox News host. “I thought her, and a couple of others. But I thought she was in particular — I thought what she said was disgraceful to our country.”

But, as the Daily Beast pointed out, Trump reportedly pursued Madonna in the 1980s, when they both were New York City-based celebrities.

Trump showed up in a Time Out profile of Madonna in 1989, when he gave the singer and her then-husband, Sean Penn, ringside seats for a Mike Tyson-Michael Spinks fight at his Atlantic City Casino.

“Donald Trump is powerful? He’s a wimp. Oh, don’t print that. I want tickets to the next Tyson fight,” she joked, adding, “But Donald Trump? Isn’t there anyone else? Couldn’t we get someone more handsome?”

In June 1991, the future president apparently posed as his own publicist to dump his mistress, Marla Maples, and falsely claim to a People magazine reporter that Madonna and actress Kim Basinger called him "all the time."

The Washington Post obtained a recording of that conversation last year, during the presidential campaign, and the so-called publicist, "John Miller," does indeed sound a lot like Trump.

“Madonna was in the room, and so somebody from Madonna’s entourage, because she comes in with an entourage of dancers and everything else, and somebody from Madonna’s entourage came over and said, ‘Would you go over and say hello to Madonna?’" the man said in the recording. "And so [Trump] went over and said hello to Madonna and he gave his autograph to the dancers. She said, ‘These are fans’ and all this. ‘Will you give them the autograph?’ So he said, ‘Best wishes’ or something. And then all of a sudden — and that was the end. And then he said goodbye to her and that was literally the end. He’s got zero interest in Madonna. It was literally the end.”

Maples, who later reconciled with Trump and married him in 1993, heard the tapes and identified "John Miller" as her lover.

That's how she learned their relationship was over.