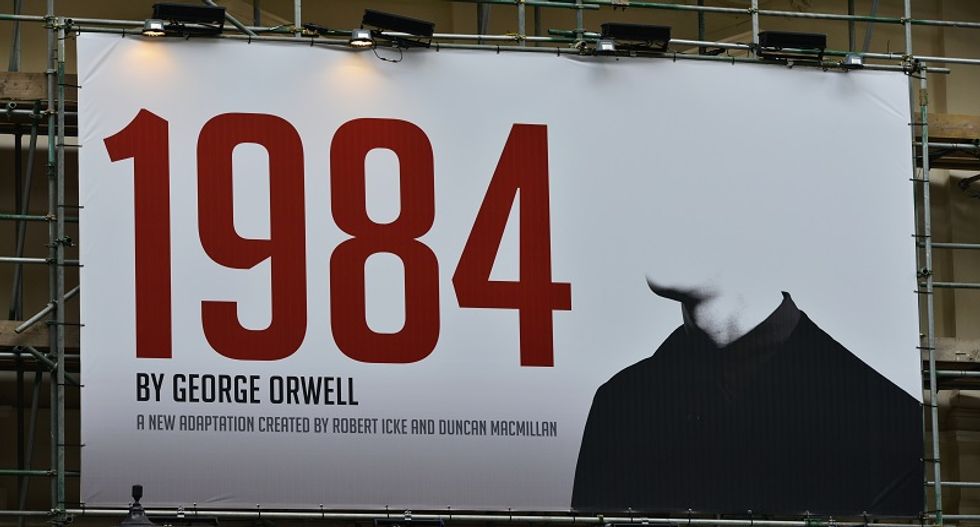 The attendance at President Donald Trump's inauguration was the topic of conversation for many over the weekend, namely that it wasn't quite as "packed" as the president claimed. Members of the Trump team were quick to defend the low turnout to media, including White House Press Secretary Sean Spicer who declared on Saturday that "This was the largest audience to ever witness an inauguration — period."

Campaign manager Kellyanne Conway defended Spicer during an interview with Chuck Todd on Sunday in which she described Spicer's assessment of the crowd size as simply "alternative facts." There is cause for concern over the Trump administration pushing and relying on "alternative facts," so much so that sales of George Orwell’s iconic novel "1984" surged on Tuesday morning on Amazon.

The book, which was published in 1949, was the sixth best-selling book on Amazon's best sellers list on Tuesday. Karen Tumulty of the Washington Post made the connection between Orwell's dystopian novel and Conway's "alternative facts," noting that the term is an Orwellian phrase.

"'Alternative facts' is a euphemism of propagandists and authoritarians. The new White House administration is full of both. Actual facts," MTV News Senior National Correspondent, Jamil Smith tweeted on Sunday. Conway's comment is indicative of a larger political conversation moving forward under the Trump administration — one in which the administration will likely pass along fiction as fact.

This already happened throughout their campaign, as Trump often backtracked on his statements and actions, leading to many months of gaslighting, a tactic where one manipulates an individual — or in this case an entire nation — into questioning their sanity.

"There are people who understand that if you can create a different understanding of reality, you can actually change politics or anything else you want to deal with," said Michael Oreskes, NPR's head of news on CNN.