Kal Penn nails Trump fans who are upset by celebrities speaking out: You voted for a reality TV star 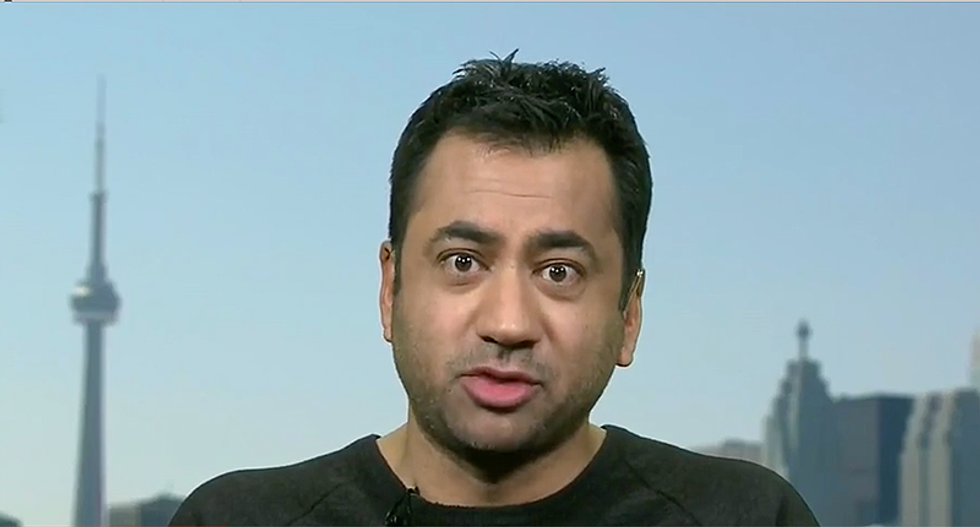 Actor and producer Kal Penn spent the weekend turning the "negativity" of Donald Trump's immigration ban into what he calls "a positive." Penn raised over $500,000 for Syrian refugees using a crowdfunding page that urges donations "in the name of the dude who said I don't belong in America."

During an interview Monday with CNN's "New Day," Penn explained that during a time when people often act out in a mean-spirited way online, he wanted to give them something to do that was inspiring.

"The women's march was a great example of coming together and standing up against the tyranny that we're experiencing now. Look, I'm a pretty privileged guy," he acknowledged. But he read negative comments online and thought, "What about the 14-year-old me or the kids who look like me who don't have the luxury of this kind of platform. Maybe we can raise $2,500 to show guys like that we're better than this."

Despite what some are calling the executive order, both Penn and Chris Cuomo emphasized that it did put a ban on Muslims. Penn explained this is ultimately bad for the United States and the war on terrorism.

"I think what the president is saying and doing is completely ridiculous," Penn confessed. "Who are the bad dudes miraculously coming in with ten hours' notice? Is it the army interpreters we detained over the weekend, the folks that saved American soldiers' lives? Are those the bad dudes? I find that insulting as an American citizen that you would infer that anybody who helped our soldiers stay alive are somehow 'bad dudes.'"

He noted that the excuses surrounding the choice of countries on the list was ridiculous given that the 9/11 hijackers came in from countries that aren't on the map.

"A reality TV celebrity just tweeted out a Supreme Court pick," he said.