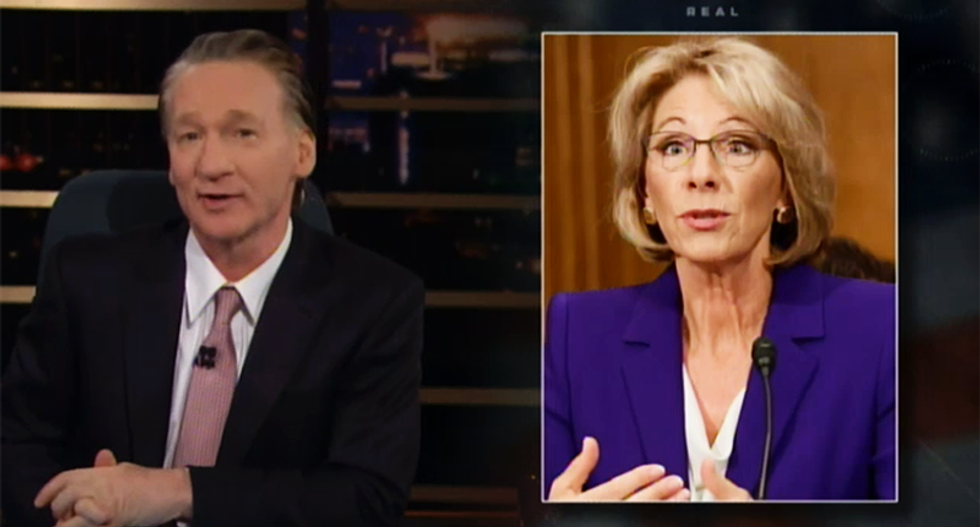 "As Energy Secretary, Rick Perry goes head to empty head with Education Secretary nominee Betsy DeVos," Maher said showing his bracket. He noted last week they had the "Swamp 16" but are now down to the "Hateful Eight."

"DeVos never attended a public school, has never put her own children in a public and doesn't support public education," Maher began. "So, tapping her as Education Secretary is kind of like making Ellen [DeGeneres] the Secretary of D*ck."

Maher went on to mock Perry showing him dancing on the reality TV show "Dancing with the Stars."

"Now, that guy is in charge of the nukes!" he exclaimed. "A fact he himself did not know when he accepted the position."

Watch the rest of Maher's brutal smackdowns of the two nominees below: