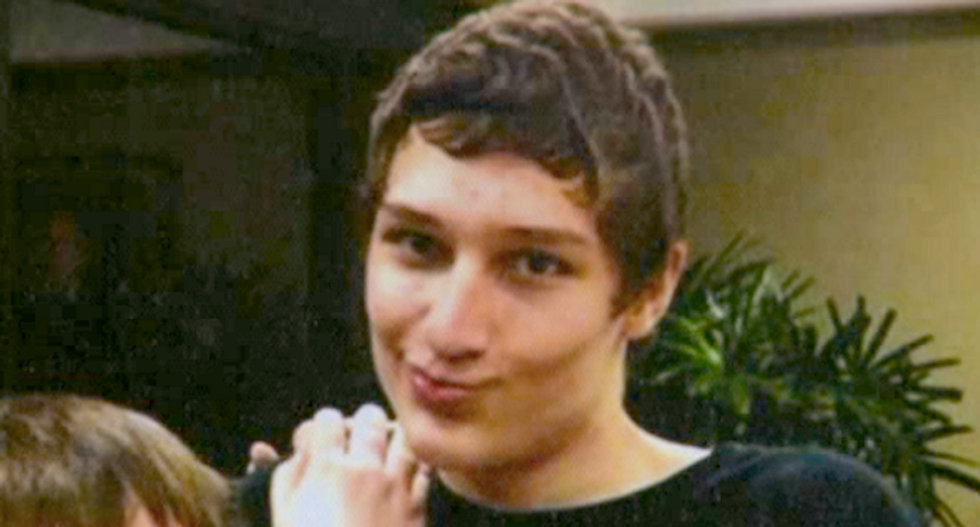 A Virginia woman says her son -- who police believe spray-painted "white power" graffiti at a little league ballpark -- couldn't possibly be racist because his girlfriend is black.

Taylor Ferrell was arrested Friday afternoon at a Richmond hotel and charged with three counts of intentionally damaging a property or monument, reported WTVR-TV.

Police said the 18-year-old Ferrell admitted to damaging the Tuckahoe Little League complex, but he claims he didn't paint the racist messages or swastikas.

Vandals smashed a urinal and painted the misspelled message, "oopps," above the broken pieces, and they spray-painted "white power" and graphic insults against the Black Lives Matter movement, immigrants and President-elect Donald Trump.

Ferrells' mother, Sarah Maxey, said her son told her he was with two other people Thursday night, including a man who bought paint at Walmart and supplied the underage man with alcohol.

"He did admit to breaking the sink and drawing pictures of genitalia," Maxey said. "But he did not write the racist words or none of that. His girlfriend is actually black, so he’s far from being racist."

Damage to the athletic facility was estimated at $6,000, park supervisors said.

Maxey said her son had a troubled upbringing but wasn't a mean person, and she was fearful of threats posted against him on social media.

"One person says they should take a baseball bat to his hands and feet -- that’s pretty harsh," she said.

Police are still investigating the case, and other arrests are possible.