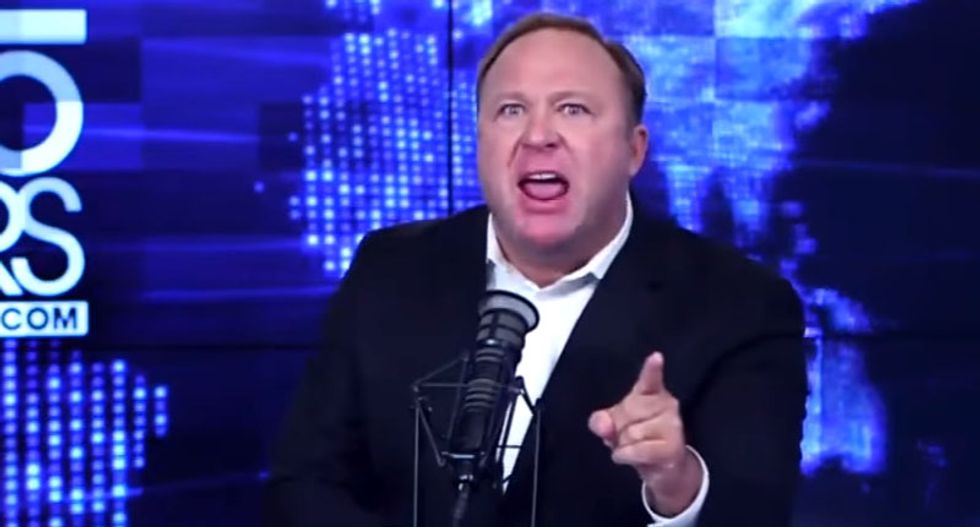 Media Matters notes that Jones -- who in the past has embraced conspiracies ranging from 9/11 being an "inside job," to former President Barack Obama's birth certificate being a forgery, to the Sandy Hook massacre being a "false flag" -- said this week that he has been offered White House press briefing credentials by the Trump administration.

"I know I get White House credentials, we've already been offered them, we're going to get them, but I've just got to spend the money to send somebody there," Jones said in a video posted on Wednesday.

In addition to sending one of his "reporters" to attend White House press briefings, Jones said that he also wanted to send people to do investigative journalism in Washington, D.C.

"But there is investigative journalism, or people to interview in D.C.," he said. "Might be good to put a few reporters there, it's just all a money issue."

In addition to his role in fueling the "9/11 Truth" and "Birther" conspiracy theories, Jones has also opined that same-sex marriages are a plot by eugenicists, that the Air Force is creating tornadoes in the Midwest, and that Michelle Obama is really a man who kidnapped her two children to hide her true identity.