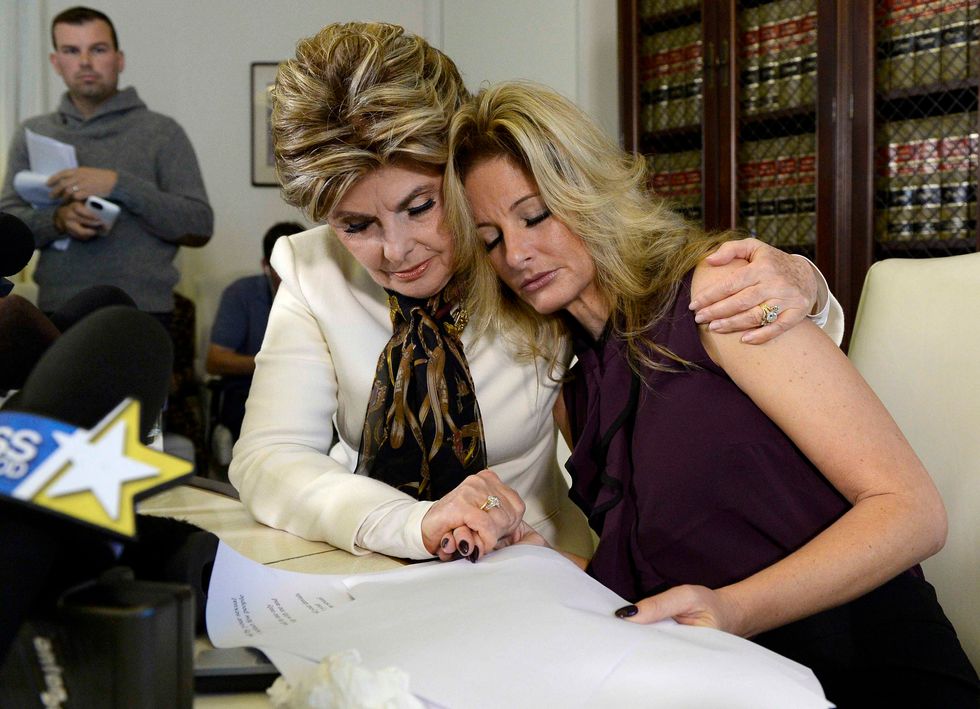 Summer Zervos, a former contestant on the TV show The Apprentice, is embraced by lawyer Gloria Allred (L) while speaking about allegations of sexual misconduct against Donald Trump during a news conference in Los Angeles, California, October 14, 2016. REUTERS/Kevork Djansezian

"No one is above the law, including the soon-to-be president," Allred said during a press conference.

Zervos in October accused Trump of groping and kissing her without her permission during a 2007 business meeting. She said Trump thrust his genitals at her and became angry when she refused to have sex with him.

The lawsuit calls Trump a "liar and misogynist" for disparaging Zervos after she made the allegations.

The lawsuit claims Trump lied about Zervos by claiming he never met her at a hotel or groped her inappropriately, Allred said. The lawsuit also notes that Trump claimed Zervos's allegations were "made up."

More than a dozen women have accused Trump of sexual assault. Allred said that Trump "maliciously threw each of these women under the bus," including Zervos.

Allred said that Zervos had taken and passed a lie detector test regarding the alleged 2007 sexual assault.

Zervos said during the Tuesday press conference that she would drop her defamation lawsuit if Trump "acknowledged the truth I told about him."

Allred and Zervos had threatened to file a lawsuit against Trump in November.

“I want to make it clear that even though it is hard and painful to speak up against the world’s most powerful man, I will continue to speak the truth and I refuse to be intimidated into silence,” Zervos said at the time.

While speaking to Finnerty in an interview that aired on Thursday, Trump argued that members of the Jan. 6 Committee "don't talk about any of the things that refute Jan. 6."