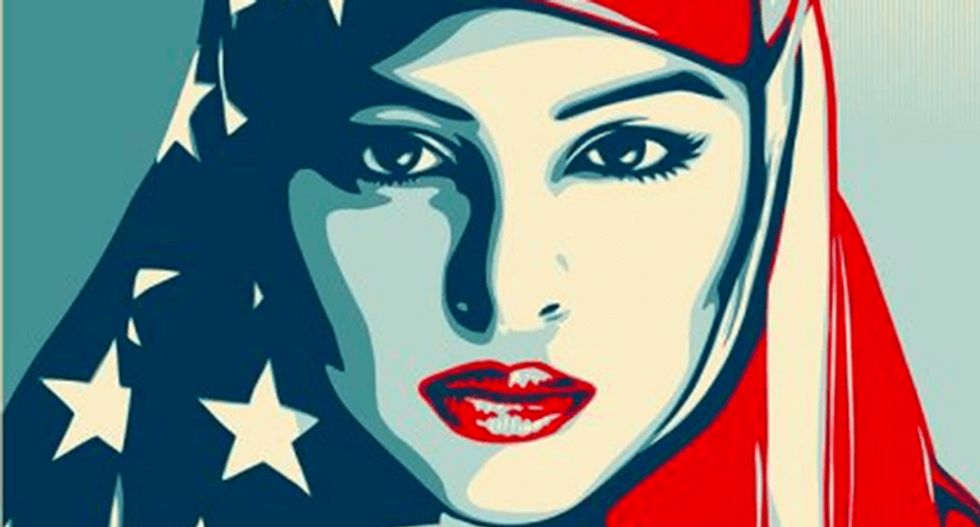 From despair to where? We the People

The American street artist Shepard Fairey created a poster for Barack Obama’s presidential election campaign. It was 2008 and the simple red, beige and blue stencilled image of Obama’s face over the word “HOPE” quickly became the iconic image of the election, the rallying cry around which it was fought and won. It remains the enduring image of his presidency.

But it is also now a reminder of promised hope ultimately unfulfilled, and many artists might have concluded they would stay away from politics in future as a result. Instead, Fairey has been at the centre of a Kickstarter initiative to finance a protest poster campaign against Donald Trump’s presidential inauguration called “We the people: public art for the inauguration and beyond”. It has been a great success, raising US$1.4m in a week. This will see the posters printed as full page adverts in the Washington Post; as placards to be distributed for the inauguration; and as postcards to send to the new president.

The new images do not feature Trump or even refer to him directly, concentrating instead on the ethnic groups that campaigners fear face being excluded from this new president’s America. It’s a radical shift in focus that nevertheless retains the colours from the Obama image and Fairey’s signature stencil style. What does this tell us about his journey as a commentator – and about political art in 2017?

Fairey’s Obama poster was not about a man but rather a heroic, idealised, abstracted icon. It showed Obama thoughtfully looking upwards and to the right, into the distance towards the future hopes of the nation. It symbolised the promise of things yet to come, yet to be imagined – in keeping with other leaders elected on aspirations for change, such as Tony Blair or John F Kennedy. In Fairey’s image, hope is promised but nothing is specific. It invites the viewer to project their own desires into the icon’s imagination. 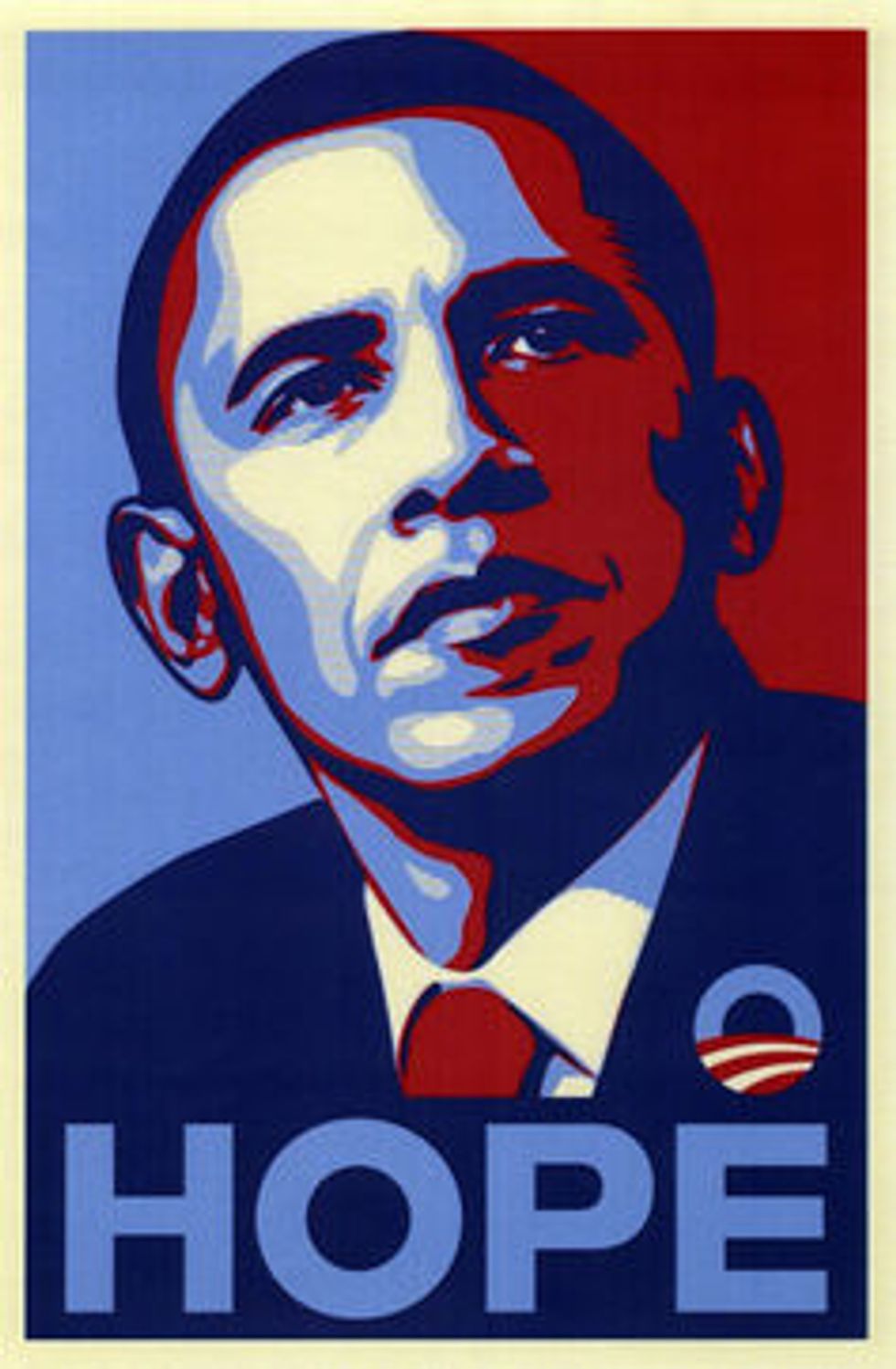 For all its inspirational power, the poster set itself up to fail by making a personal promise it could not keep. How could one man fulfil the individual hopes of millions of citizens? Once held up as an example of how a political poster could help bring about positive change in the world, now it perhaps serves as a warning that it’s all just propaganda in the end.

Fairey certainly counts himself among those disappointed by Obama’s eight years in office. When asked in an interview in 2015 whether he thought Obama had lived up to the promise of his poster, Fairey answered bluntly:

Not even close … Obama has had a really tough time, but there have been a lot of things that he’s compromised on that I never would have expected.

Fairey’s three new posters are only superficially similar to the Obama image. Choosing not to feature the incoming president as either hero or villain, they show members of the public that represent marginalised groups within society. According to the Kickstarter pitch, it is about creating “a series of images that capture the shared humanity of our diverse America”. Two other images have been contributed by fellow artists Ernesto Yerena and Jessica Sabogal. 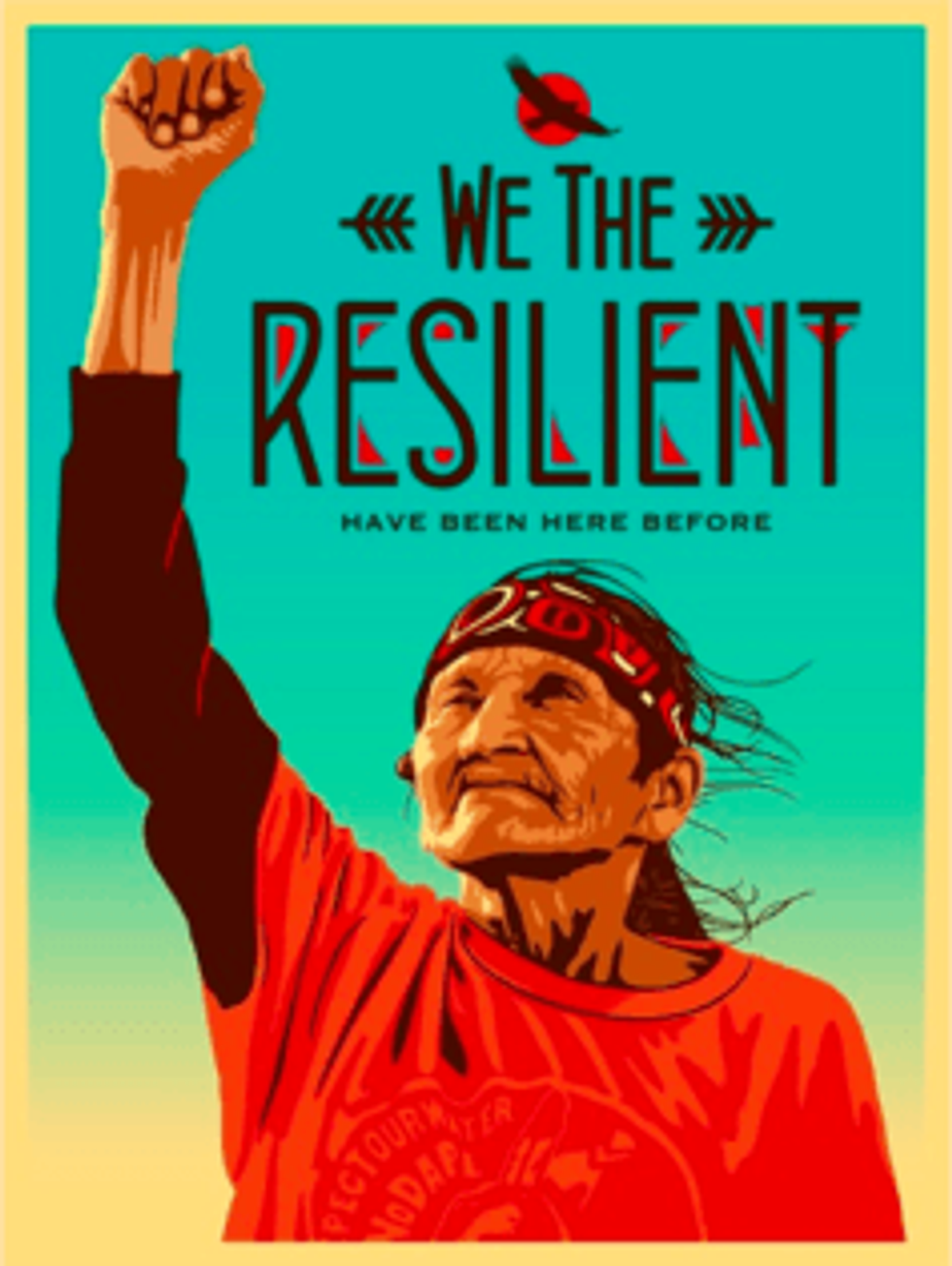 While the central themes of Fairey’s art have always been propaganda and power, the “Hope” poster was very much about a conventional traditional propaganda approach that operated in the future tense. There is no unspecified hope in his new images; the figures do not make promises about the future. They know what they want now.

Over the text “We the People are greater than fear” a Muslim woman wearing a US flag hijab piercingly locks eyes with the viewer. By staring directly in this way, the poster becomes a personal confrontation. It is a direct challenge to consider what it means to be a member of the “We the People” of the American constitution and to uphold common values such as freedom from fear within this society.

Fairey’s image of the dreadlocked African-American boy inverts Obama’s distant upwards dreaming pose by looking downwards to the left. He is not looking for a hero to save him. His eyes are not fixed on a vague dream of hope, but resolutely on the realities of living as a black American citizen today. 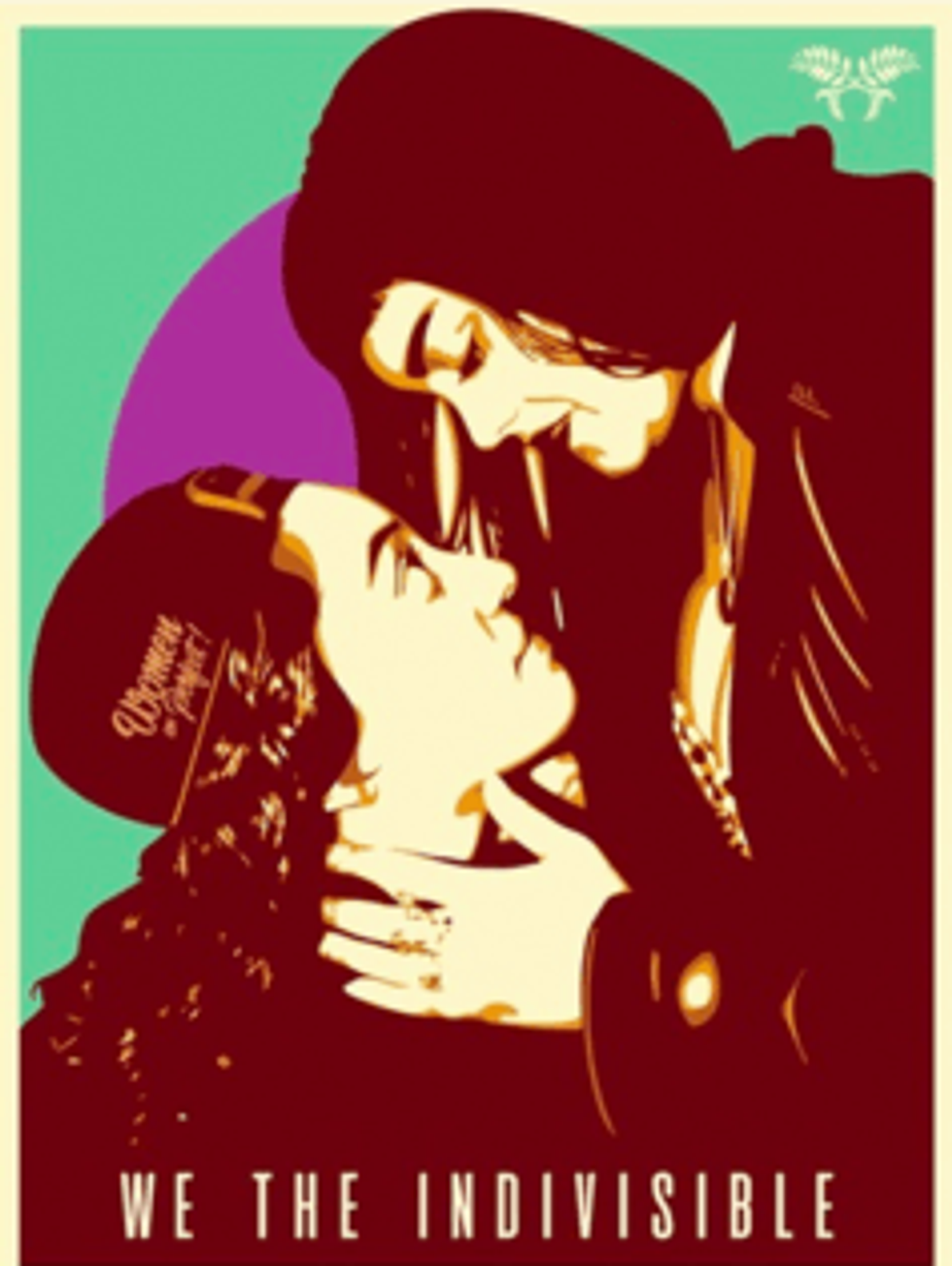 This work demonstrates that Fairey has learned and matured as a political communicator since 2008. By shifting the tense from future-imaginary to present-reality, and the power from the heroic politician to the individual citizen, his 2017 posters become more than propaganda. They have the potential to become, as they said on Kickstarter, “symbols of hope”, offering a positive strategy to “disrupt the rising tide of hate and fear in America”.

As Fairey said recently, “We have Trump, so what’s the antidote? The antidote is not attacking Trump more.” These are protest posters which attack hate by refusing to attack. In doing so, they offer new hope for the role and relevance of political art in Trump’s America.

Brandon Bernard, who took part in the 1999 carjacking and murder of youth ministers Todd and Stacie Bagley, was the ninth prisoner put to death in the execution spree after a last-minute plea for clemency from rap producer Jamal Fincher Jones to Trump came too late, just as the 40-year-old man was taken to the execution chamber, reported Rolling Stone.

US on edge over video of fatal police beating

Memphis (AFP) - The southern US city of Memphis braced itself for unrest Friday as authorities prepared to release a video depicting the fatal assault of a Black man by five police officers who, the victim's mother said, "beat him to a pulp."

The police officers, who are also Black, were charged with second-degree murder in the beating of 29-year-old Tyre Nichols, who died in hospital on January 10, three days after being stopped on suspicion of reckless driving.