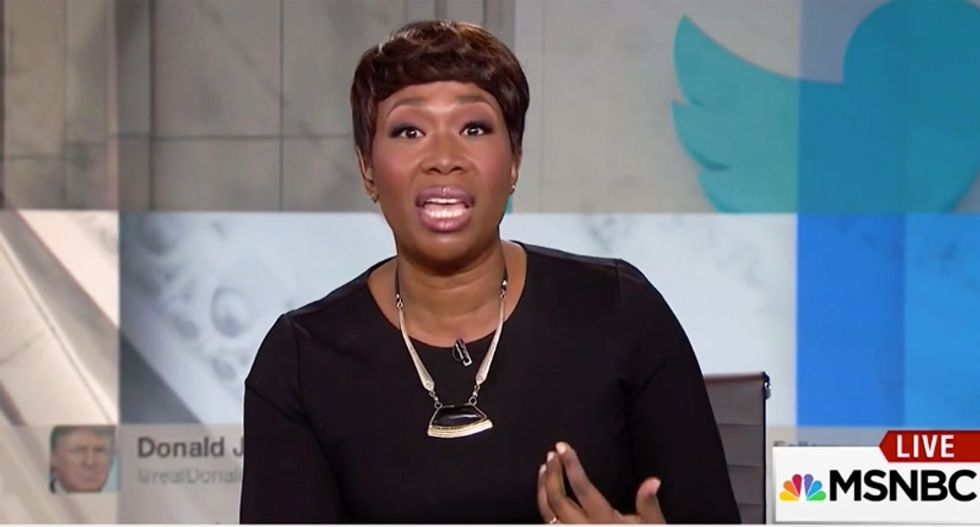 Using the bully pulpit of her own MSNBC show, Joy Reid blasted fellow members of the press for immediately reporting President-elect Donald Trump's often bogus claims on Twitter and using them for headlines -- only to have his story fall apart hours later

Recently Reid criticized the media, saying if they ignored the president-elect's tweets, he'd be forced to hold a press conference.

On Sunday, the MSNBC host took that line of thought a step forward, using the public's furious response to Republican plans to gut ethics oversight as a jumping off point.

"This week Republican lawmakers tried to put the foxes in charge of the henhouse when they attempted in secret to give Congress the power to essentially oversee ethics investigations of its own members and then hide those investigations from the public," she began. "But that effort was stopped by you, the American people, who flooded congressional offices with thousands and thousands of calls. Not that you'd know it from headlines like this: 'House Republicans back off gutting ethics watchdog after backlash from trump.' 'House Republicans pull plan to gut independent ethics committee after Trump tweets.' 'House GOP reverses on ethics change after trump criticism.'"

"If outraged constituents were the engine driving the Republican mea culpa, think of Donald Trump as the caboose sending those 'Donnie come lately' tweets stating the obvious after America had already spoken," she continued. "It's a pattern we've seen again and again as the press struggles on how to get a grip on how to cover a reality show person who communicates via Twitter without any other source of information or contact with the press and regularly contradicts his own aides after they have gone on TV and said things they learned from talking to him."

"We've seen the same error over and over again, repeating that Trump claim that he saved a thousand jobs at Carrier in Indiana then walking the headlines back. Running glowing headlines regurgitating Trump taking credit for 5,000 new jobs at Sprint. Donald Trump took credit for a Sprint jobs deal that had nothing to do with Donald Trump. In fact it had been publicly announced months earlier. Or how about reporting that Trump would hold his first post election press conference on January 11th, which he very well might do --  but there's every reason to be skeptical after the one he promised on December 15th and the one from Melania Trump on her immigration status on and on, claim after claim made on Twitter that doesn't pan out."

"Dig beneath the headlines and you get to the real truth about Trump," she advised.