Anderson Cooper calls out Donald Trump for hypocrisy: You cite anonymous sources all the time 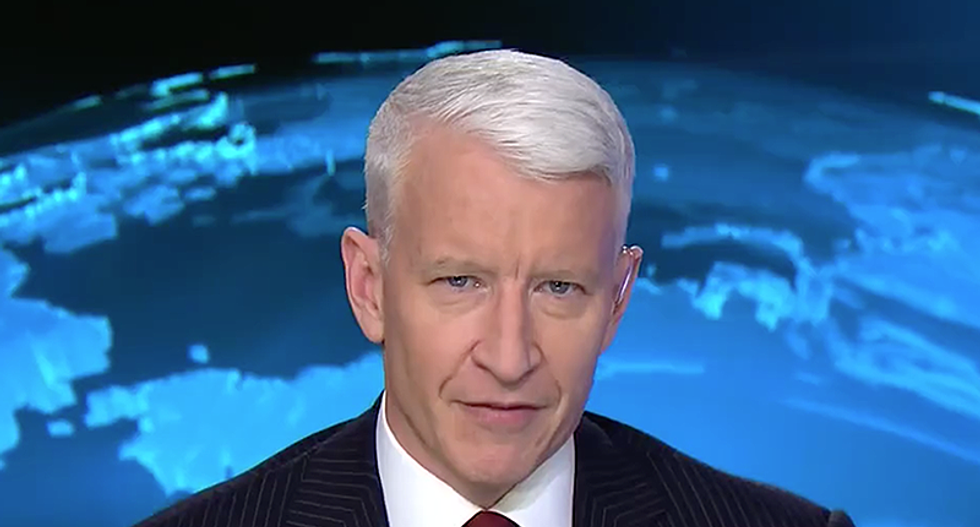 CNN host Anderson Cooper called out President Donald Trump on Friday's "AC36." Trump spent much of his speech at CPAC railing against the media for using anonymous sources, which he believes the media should be able to use.

"Just keeping him honest on the whole anonymous sources thing," Cooper began. "We actually looked at the president's twitter feed and we discovered at least five instances in which he questioned President Obama's citizenship when then citizen Trump quoted an extremely credible source or a confidential source."

Panelist Maggie Haberman thought it had more to do with Trump's inability to handle negative stories or even stories her perceives as negative. She also said that Spicer not allowing certain reporters wasn't a First Amendment issue but a transparency issue.

Former Rep. Jack Kingston (R-GA) explained that Trump's comments weren't actually an attack on the press, he was more speaking to a friendly audience and talking points like that always play well. Though, Kingston did conclude that the criticism of the nine intelligence sources was legitimate.

But when Trump's White House excluded people in the press gaggle it was a different issue. Kingston said that it was "playing with fire."

At one point veteran newsman Carl Bernstein called out Kingston and asked him how often he served as an anonymous source when he was working on Capitol Hill. Kingston wouldn't confirm or deny. He said simply, "I don't think I was ever credible enough to be an anonymous source. So, I don't know."

Watch the full segment from "AC360" below: