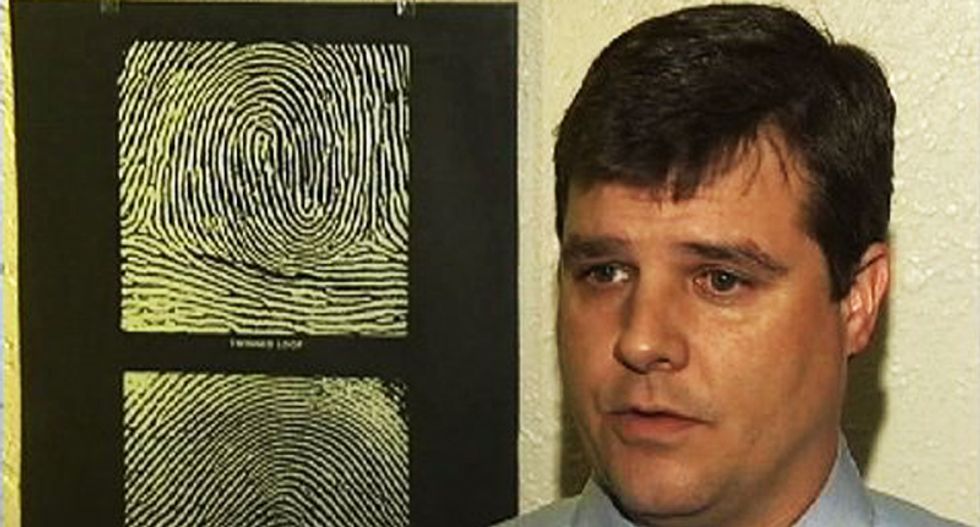 Police officer Brandon Paudert who was slain in 2010 via Facebook

The former police chief of West Memphis, Arkansas is taking President Donald Trump to task for shutting down a Department of Homeland Security program that keeps track of domestic extremists like the ones who murdered his son in 2010.

Speaking with The Trace, retired cop Bob Paudert explained how his police officer son, Brandon Paudert, and his partner, Officer Bill Evans, were gunned down by a sovereign citizen using an assault weapon during an interdiction stop.

According to the Officer Down Memorial Page, Paudert and Evans were shot after pulling over Jerry Kane, Jr. and his 16-year-old son Joseph on May 20, 2010.  During the stop a struggle ensued, with the two officers dying in a hail of gunfire from the suspects. Both were armed with AK-47s. According to the elder Paudert, he had to go to the scene to identify his son.

In an interview with The Trace, the former police chief said he met with FBI agents after the shooting and they informed him that the Kanes were part of the sovereign citizens movement being tracked by the federal law agency.

According to Paudert, "So why didn’t my son get a hit when he checked the registration of the car? Why didn’t the FBI share this information with us? Not one chief or sheriff I spoke to afterward knew about the sovereign citizens. "

"The Kanes were in a database, but were listed as white-collar criminals for evading taxes, not as domestic terrorists," Paudert continued. "If Bill and Brandon had known what they were confronting that day when they pulled over that van, they might be alive. They could have called for backup."

Noting that President Trump has ratcheted up investigations of supposed ISIS terrorists coming into the country, Paudert called out the president for planning to shut down a vital database from Homeland Security about white American-born extremists.

"I’m hopeful that the Trump administration will do more about the threat of domestic terrorism, but reports that he’s shutting down a Department of Homeland Security program doesn’t bode well," Paudert stated. "I know the president says he is going after ISIS, but I’ve never heard anything about what he plans to do the dangerous extremists most likely to kill police."