'F*cking crazy': Rick Wilson slams Tomi Lahren for claim whites are discriminated as much as blacks 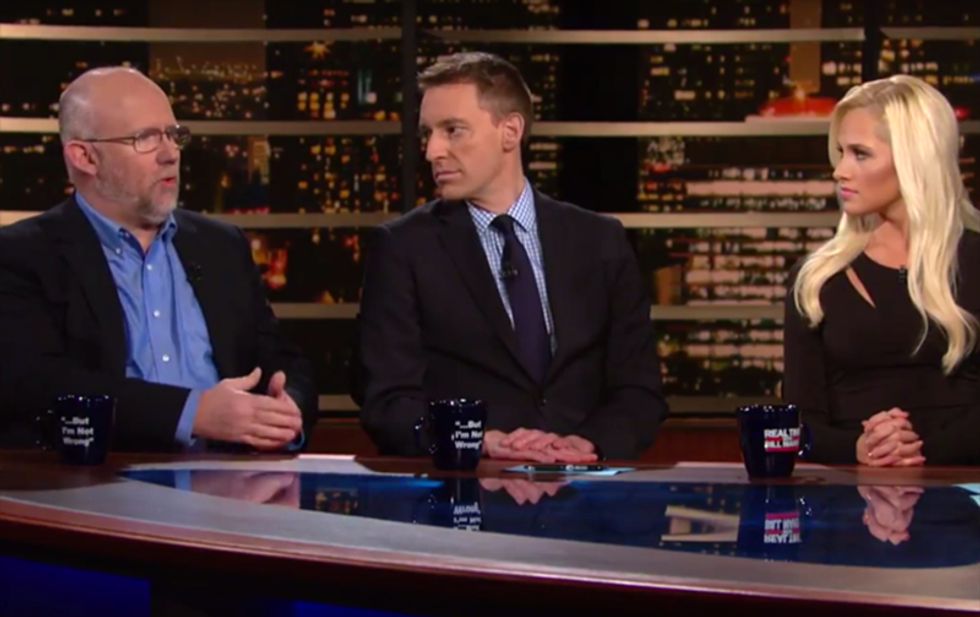 Lahren claimed that it wouldn't matter to her if Donald Trump was black, had three wives and grabbed women like Trump claimed he did. Michael Eric Dyson said that in the hypothetical scenario with "black Trump," it wouldn't matter because he would be in jail.

"Since I'm a conservative and not a Trump person, let me say this," Wilson began. "That's absurd. That's f*cking crazy"

"Why do they have to cling to the worst jobs ever?" Maher asked her. Lahren said that it was all they know, but Maher asked why they couldn't retrain coal miners and give them jobs that won't kill them.

She argued that Trump knows them because they voted for him en masse. But Kander said Trump doesn't actually "know" them.

"There's a kind of hazy nostalgia with Trump's plan, 'We're going to have ironworks and shipyards and coal miners,'" Rick Wilson said. "These are things -- we might as well get our buggy-whip industry back together again. It's this retrospective, fake past that doesn't exist anymore. And, God bless them, they work their asses off, and you know what, natural gas took their jobs, not Barack Obama."

Watch the full exchanges below: