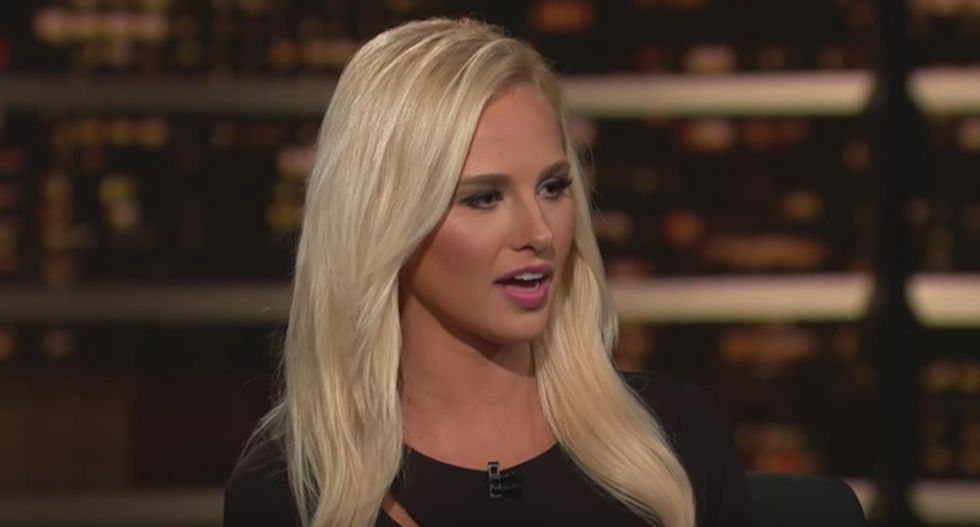 Conservative commentator Tomi Lahren had a rough time during her debut on the broadcast portion of HBO's Real Time Friday night, and things didn't get much better during the Overtime segment.

The young conservative who makes her living performing rants for Glenn Beck's The Blaze and on Facebook was put in the uncomfortable position of having to defend the 2-week-old presidency of Donald Trump which fellow panelist, GOP strategist Rick Wilson, bluntly referred to as a "bullshit tornado."

Wilson explained that Trump is now in the position of having to make good on his promise of creating jobs, saying, "You can't just tweet and bullshit your way out of it."

"Call me crazy but there is a big difference between actual job creation and policies that get the economy lit up and a bullshit tornado," Wilson explained.

Host Maher then turned to Lahren and expressed his sympathy for her having to defend Trump continually on the show.

"I though Rick was a Republican," Lahren quipped, only to have Wilson shoot back, "I'm actually a conservative too. That's the difference between me and Trump people."

Lahren grew defensive when host Maher brought up the flurry of executive orders Trump has signed since assuming the presidency.

"The Republican party did a one eighty on executive orders," Maher explained. "When Obama did them they were the worst thing in the world and now the government is run by them. Does that bother you, like that immediate unabashed hypocrisy?"

"No, most presidents do that when they first come in," Lahren stated. "Usually lots of executive orders."

"Not this much, and not after saying it's the worst thing in the world, " Maher replied.

Watch the video below, posted to YouTube by HBO: