'He doesn't like this sh*t': Trump reportedly hates his job and his staff after less than a month 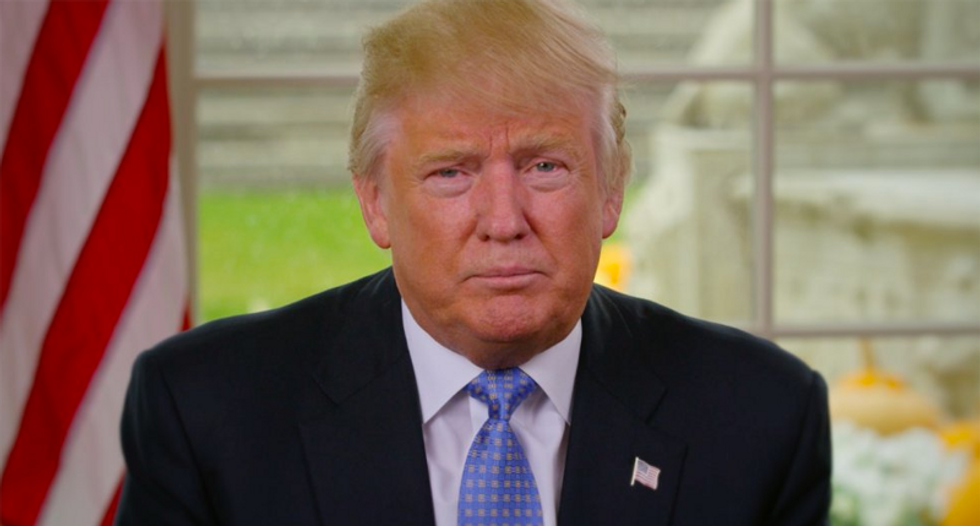 After just three weeks on the job, President Donald Trump is reportedly frustrated with the realities of trying to run the U.S. government the way he manages his family-owned business.

Politico interviewed nearly two dozen people who have spent time with the former real estate developer and reality TV star since his inauguration -- and they said Trump's "mood has careened between surprise and anger as he’s faced the predictable realities of governing," according to the report.

"The interviews paint a picture of a powder-keg of a workplace where job duties are unclear, morale among some is low, factionalism is rampant and exhaustion is running high," Politico reported. "Two visitors to the White House last week said they were struck by how tired the staff looks."

Trump would like to shake up his White House staff less than a month into the job but knows it's too soon, the website reported, and aides joke that the president would like to spend even more time golfing at his Mar-A-Lago resort.

Sources close to Trump said he's infuriated by the profusion of leaks revealing his confrontational phone calls with world leaders and the herky-jerky inner workings of the White House.

The White House has launched an investigation of those leaks that appears to be focused on the National Security Council, based on the Politico report.

NSC staffers have been instructed to cooperate with the inquiry, and the administration may tighten the inner circle of aides who have access to the calls and their transcripts, the website reported.

A culture of fear and paranoia is developing, pitting the president and his allies against career NSC staff assigned from other agencies.

The Trump circle believe those career bureaucrats are out to get them, while NSC staffers are concerned the president isn't up to the job and resent the politicization of the agency by appointing Bannon to the council.

Staffers fear Kushner because he's so close to the president, and they aren't really sure of his official role in the White House.

For his part, Kushner is furious at reports that New Jersey Gov. Chris Christie has been saying he will join the White House as part of a "second wave" after the president's son-in-law got him banished from the transition team as retribution for prosecuting his father.

Sources said Trump often asks simple questions about his job, and he usually changes the subject when discussions become too detail-oriented to make it seem as if he's in control, said one senior government official.

Trump prefers to hand off detailed questions to his son-in-law, Jared Kushner, or to chief strategist Steve Bannon or House Speaker Paul Ryan, the website reported.

Those sources also revealed that Trump has privately expressed disbelief that judges, bureaucrats and lawmakers are able to halt him from filling government positions or implementing policies.

“He doesn’t like this sh*t," a source told Politico, referring to the difficulties Trump faced in getting one of his top fundraisers, Anthony Scaramucci, appointed to a job in the West Wing.

However, sources said Trump appears to enjoy showing visitors around the Oval Office, where he spends most of his working hours, and keeping tabs on how his staffers look on TV news.