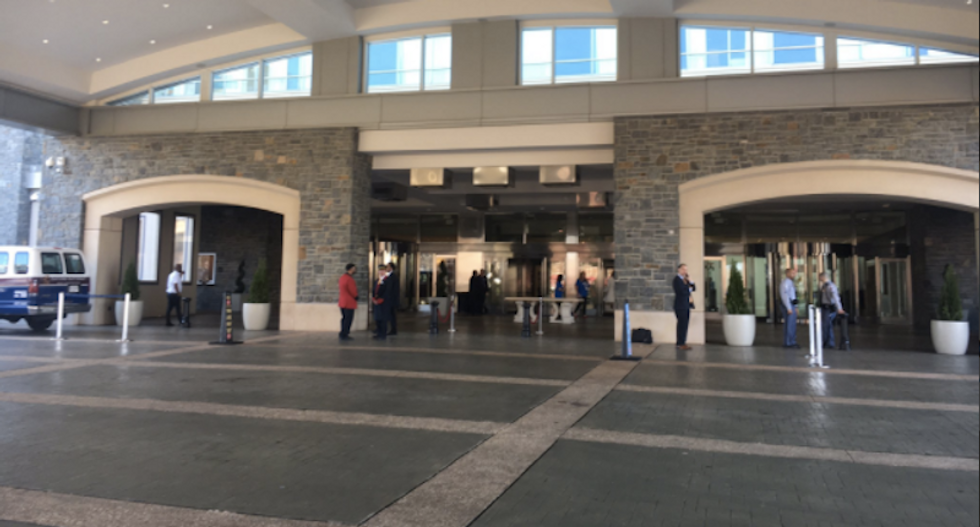 President Donald Trump complained the media would not report that crowds lined up for six blocks to hear him speak at the Conservative Political Action Conference -- and he's right.

There were no lines outside the Gaylord Hotel and Convention Center, where the annual CPAC gathering is hosted, because the event is private, reported The Slot.

Journalist Gabrielle Bluestone photographed the scene outside CPAC, and her photos showed just a few guests and hotel employees outside one of the three entrances.

Another photo, taken from above, showed just a few people sitting on park benches on the unseasonably warm February day.

Bluestone spoke to a couple of CPAC volunteers outside the hotel, and they laughed at Trump's claim about a six-block line.

One of the volunteers said a line briefly formed when some would-be attendees tried to get in without the proper credentials, but she said that was a couple hundred people.

A Prince George County police officer told the reporter that Thursday's event probably had a larger crowd than Friday, when Trump spoke.

Others pointed out that the physical geography of the area made Trump's claim impossible.