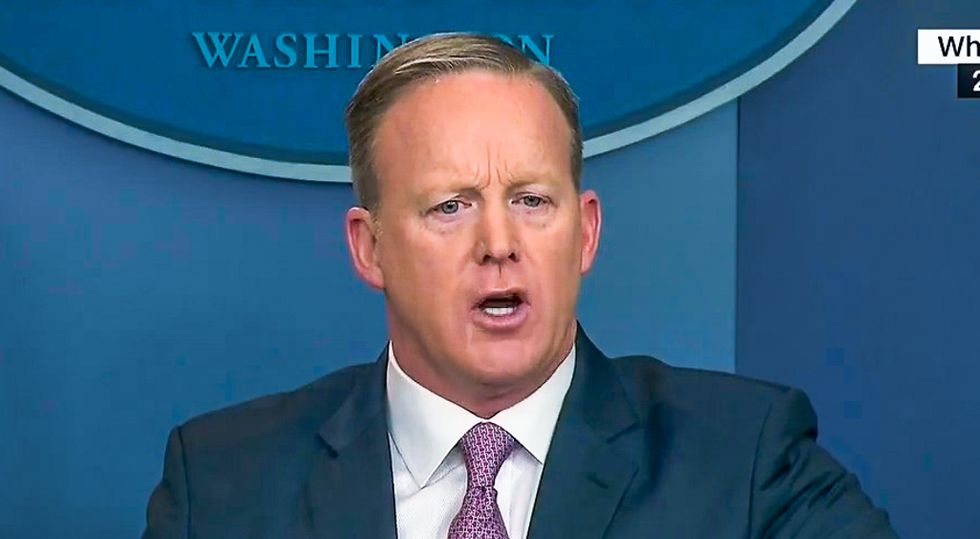 A letter written by Sean Spicer to his college newspaper demanding a correction for rudely misspelling his name is making the rounds again.

The White House press secretary first became involved in politics as a student at Connecticut College, where he earned a few enemies at the student newspaper by working to ban smoking in the dining hall, according to a Washington Post report.

In their reporting on Spicer's anti-smoking crusade, the College Voice referred to him as "Sean Sphincter" -- which the newspaper insisted was simply a spelling error.

“Maybe I am not all that familiar with the production of a ‘newspaper,’” Spicer wrote. “But I am really not sure how this can be explained as unintentional. While I would understand, and at this point even expect a misspelling or a misquote, this goes well beyond that.”

The letter circulated last month, but it found renewed attention after CNN’s Andrew Kaczynski shared it Monday after Spicer barred the cable network and other less-than-friendly news outlets from the White House press briefing.

"While I as an individual have had to bear all the repercussions, the people responsible have been able to hide behind the shield of the College Voice and the First Amendment," Spicer complained to the college newspaper. "The First Amendment does uphold the right (to) free speech and a free press, which I respect, however this situation goes beyond the bounds of free speech."

Spicer wanted an apology, but the Voice's editorial staff stood by their reporters and told the future White House official that a public apology violated their professional standards.