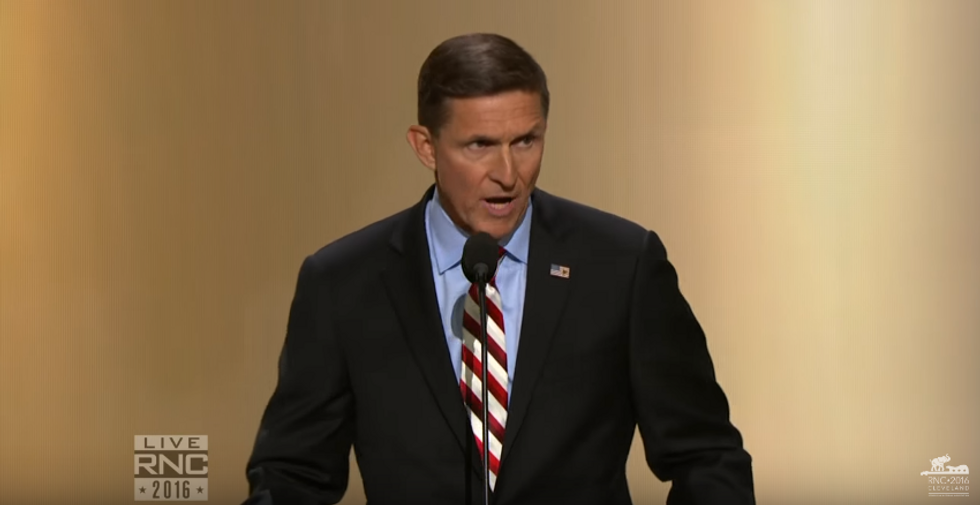 A senior official says it's unlikely that Gen. Mike Flynn doesn't recall whether he spoke with the Russian ambassador about U.S. sanctions because, "It was the subject of pretty much an entire phone call."

MSNBC's Katy Tur said on Wednesday that "the questions are many" surrounding Pres. Donald Trump's 2016 campaign staff and their contact with Russian government officials before and after the Nov. 8, 2016 election.

However, a high-ranking official told Tur on Tuesday night that it was virtually all that Flynn and Kislyak discussed.

"I spoke with a high-level source last night who says that they just don't understand how he could have forgotten this conversation," Tur said. "It was the subject of pretty much an entire phone call, which is big news. The entirety of a phone call or the majority of a phone call was devoted to how they would deal with the sanctions."

The call transcripts have not been released, she explained. "There's a tight hold with the intelligence community and with very few individuals in the White House right now about who's allowed to see those transcripts."

Intelligence operatives intercepted the call in the process of monitoring Kislyak's communications. Acting Attorney Gen. Sally Yates brought the call to the Trump administration's attention, warning them that Flynn could be vulnerable to blackmail by the Russians.

Flynn lied about the call in discussions with Vice Pres. Mike Pence and others. He resigned on Tuesday, still attempting to frame the deception as a mere mental hiccup, that sanction discussions were a bit of information he forgot to include.

His letter of resignation only went so far as to admit that he “inadvertently briefed the Vice President Elect and others with incomplete information.”

Yates was later fired by Trump for refusing to enforce his controversial refugee ban that blocked travelers from seven Muslim-majority countries.