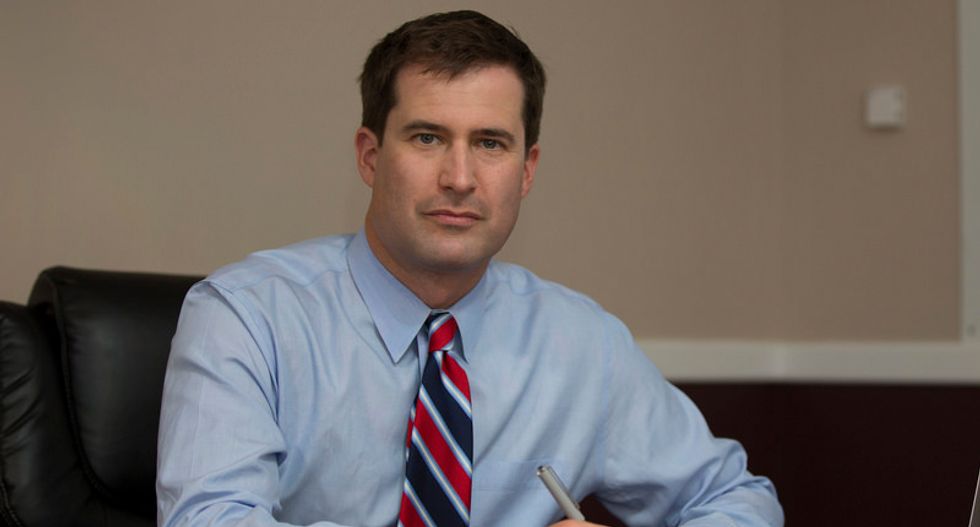 Rep. Seth Moulton (D-MA) used the word "treason" when describing Gen. Michael Flynn's actions. However, his concern is not Flynn but the role the president played in these series of Russian scandals.

"The bigger problem, the scandal of the century, not the scandal of the week, is this ongoing relationship with Russia," the former Marine told CNN's Wolf Blitzer Tuesday. "There is no question it's the unequivocal conclusion of all our intelligence agencies that Russia wanted Donald Trump to be elected president. Either that's just because they think Trump is Putin's buddy and he is going to do his bidding or because they have material they can use against the administration. We don't need to just know what Flynn knew or when his associates in the White House knew, we need to know what Russia knows and what they still hold over the heads of the people in the White House."

Moulton said he doesn't believe anything in Washington happens in a vacuum, whether it's a meeting or a phone call.

"Let's not lose perspective on exactly who we're talking about here," he continued. "If members of the administration are essentially conspiring with Russia, either through the campaign earlier, now than the — look, Wolf, that's the definition of treason. This is a very, very serious affair. We all have to understand what's going on with Michael Flynn, but we can't let this little scandal or perhaps a big scandal at the moment let us lose sight of the much bigger scandal, which is what is the overall connection between Russia and the Trump administration."

Moulton now serves on the House Armed Services Committee and served in the Iraq War. You can watch the full interview below: