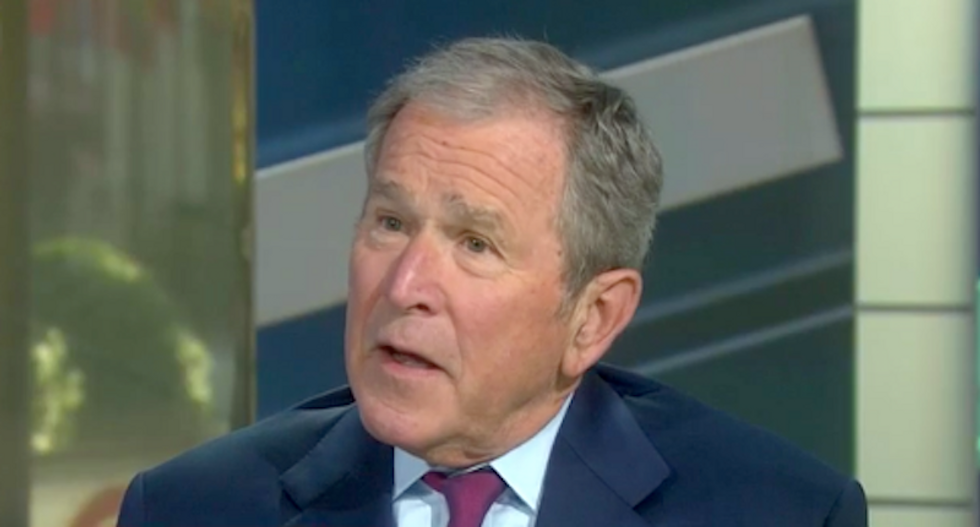 The Republican ex-president appeared on Monday's program to promote his upcoming book, “Portraits of Courage: A Commander in Chief’s Tribute to America’s Warriors," and anchor Matt Lauer asked if he agreed with Trump that the media was an "enemy of the people."

“I consider the media to be indispensable to democracy," Bush said. "We need an independent media to hold people like me to account. Power can be very addictive and it can be corrosive, and it's important for the media to call to account people who abuse their power."

Bush said he tried to convince Russian president Vladimir Putin of the importance of an independent press, and he said American credibility was crucial in fostering democracy elsewhere.

"It's kind of hard to tell others to have an independent free press when we're not willing to have one ourselves," Bush said.

Bush said Americans deserved answers in the ongoing probe of the Trump campaign's alleged ties to Russia, although he stopped short of calling for a special prosecutor.

"I've never been a lawyer, so I'm not sure if that's the right avenue to take, but I am sure that that question needs to be answered," he said.

Lauer asked Bush whether he believed Trump's travel ban on some Muslim nations was well thought out, and the former president offered a mild rebuke.

“A bedrock of our freedom is the right to worship freely,” said Bush, who defended the Islamic faith following the terrorist attacks on Sept. 11, 2001.

Lauer then asked Bush whether he supported the controversial travel ban, which has been blocked in federal court.

“I am for an immigration policy that's welcoming and that upholds the law,” Bush said.