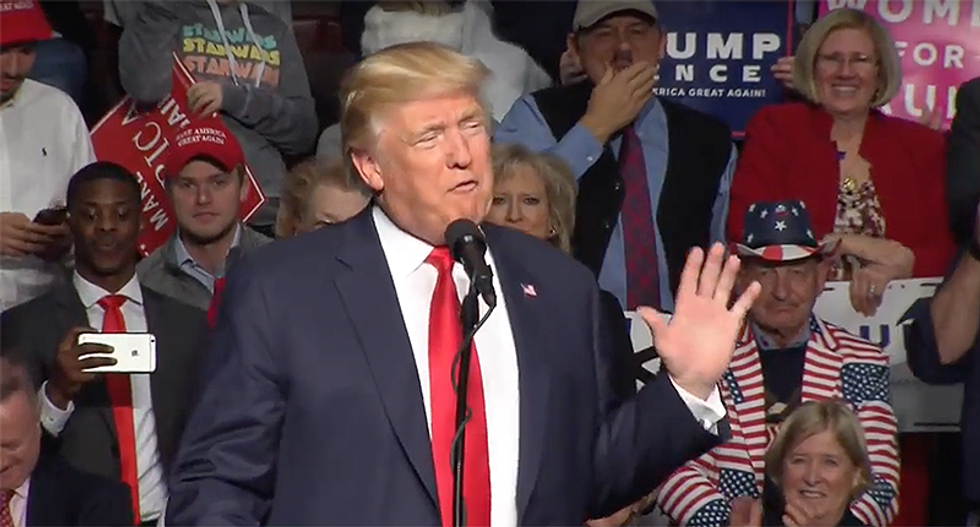 After a hectic week of moving from crisis to crisis, President Donald Trump is going back to where he feels most comfortable -- addressing adoring crowds in Florida.

Thirty days into his presidency, Trump is visiting Florida where he will mix business with pleasure at his Mar-a-Lago resort for the third weekend in a row.

Earlier this week, the president impulsively announced he would be holding a Saturday rally at an airplane hanger in Melbourne, with tickets available online.

Trump's appearance before the masses -- which may be liberally sprinkled with protesters -- comes following a week in which National Security Advisor Mike Flynn was forced to resign, an ethics investigation may be opened against senior adviser Kellyanne Conway, his administration is facing scrutiny over Russian involvement and the president himself gave a widely derided press conference.

The rally is scheduled to begin at 5pm ET.