‘What did he know and when did he know it’: David Gergen asks when Trump knew about Flynn blackmail risk 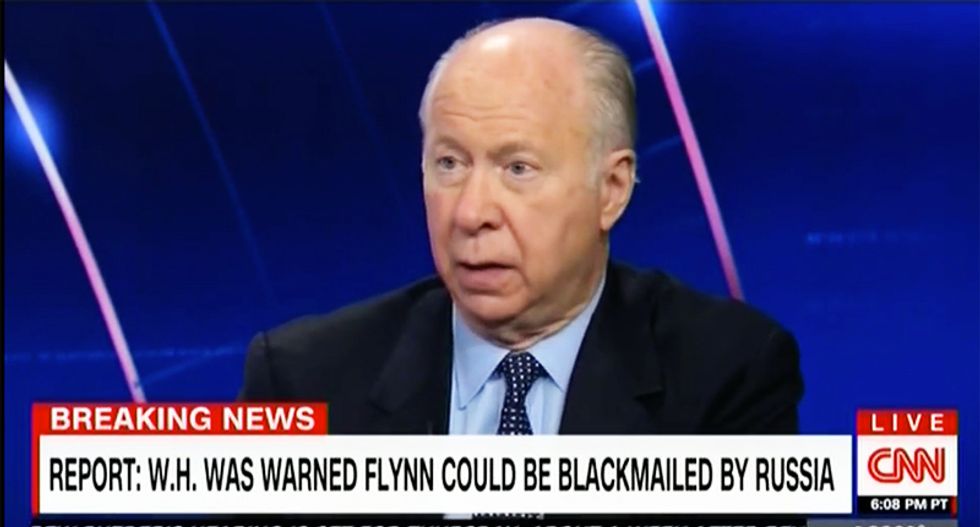 Saying "This is very serious," former White House adviser David Gergen invoked the ghost of the Watergate cover-up after it was reported that President Donald Trump was warned Gen. Michael Flynn was a possible security risk subject to blackmail by the Russians.

Yates was famously fired by Trump for failing to back his immigration ban on Muslims and refugees.

Discussing the bombshell report, Gergen, who wrote former President Richard Nixon's resignation letter, said the report is a major development and could impact more than Flynn.

"David," a stunned CNN host Anderson Cooper said to Gergen, "It doesn't stop. We don't have the reporting on this, it comes from the Washington Post."

"What is missing from the story so far is the president of the United States. What did he know and when did he know it," Gergen said, invoking former Sen Howard Baker's comment that opened the gates for Nixon's resignation in the face of impeachment.

"This is very serious stuff. If you're told that your national security adviser is potentially vulnerable to blackmail by the Russians, that is extremely serious," he concluded.

Watch: Swalwell rips Republicans at House hearing for 'cheering on chaos' at the border