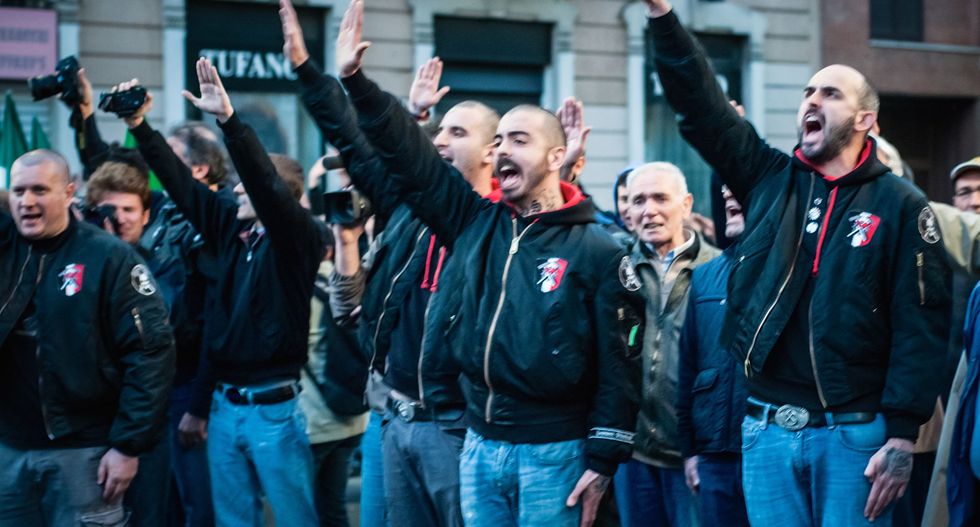 This past weekend on Feb. 11 two brothers were attacked in Manhattan by a group of neo-Nazis who were angered that one of the men had an anti-fascist (or Antifa) sticker on his phone case.

The brothers, both 27 years old and graduate students at Columbia University said they noticed a group of "skinheads" at the bar. As they were leaving around 12:30 a.m. E.T., the brothers were confronted by a group of people smoking outside the bar, one of whom noticed a "New York City Anti-Fascists" sticker on one of their phones.

In the three weeks since Donald Trump's inauguration, there have been various clashes between white supremacists and the Antifa organizers who vow to silence the mainstreaming of white supremacist groups by all means necessary.

Clashes between Antifa and white supremacists have made headlines in recent weeks. On Jan. 20, many people enjoyed a viral meme of white supremacist and alt-right leader Richard Spencer taking a punch to the face by an Antifa protestor, while others debated whether it was ethical. That same weekend, an Antifa protester was shot by a fan of noted misogynist and Islamophobe Milo Yiannopoulos while waiting for him to speak at an event in Seattle.

The brothers who were attacked over the weekend said they were assaulted by six or seven men who used brass knuckles and who donned matching "211 Bootboys" patches. "211 Bootboys" is described by the Southern Poverty Law Center as a skinhead group.

"One of the guys pulled a knife on my brother first and starts slashing at him. Then the guy with the knife starts coming over to me… His buddy grabs him and I guess at that point they all decide to run off," the victim explained.

"I didn’t think something like this could happen. This is crazy," one said. "I didn’t think they would be so brazen as to patronize a bar in Manhattan like that. I go there all the time and never felt a bad feeling." They both received care at a nearby hospital.

One of the suspects was identified as 29-year-old John Young and has been charged with assault, grand larceny, menacing, criminal mischief, and possession of a weapon, according to police.