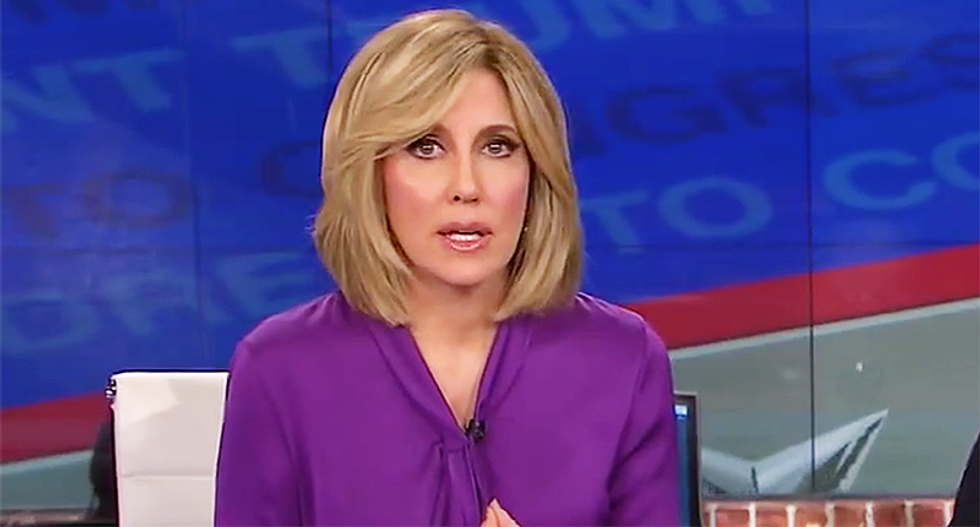 CNN's Alisyn Camerota called out President Donald Trump's claim from his joint address to Congress that the Yemen raid was a success.

"This is complicated. You can't get past her looking up to the heavens for strength during that moment," Camerota said about Chief Petty Officer William “Ryan” Owens' widow. Owens was the only American casualty in the raid. "This goes to the heart of all of us that want to believe that Ryan Owens did not die in vain and will keep the country safe. They call it highly successful but there's different reports on whether this was a highly successful raid. John McCain said no, it was not."

Co-host Chris Cuomo noted there is nothing that brings people together more than a president standing up for veterans. "But this has some components to it that we have to talk about going forward," he said.

Pentagon correspondent Barbara Starr explained that the military has a different definition for "success" than politicians, public servants and most Americans might have. The Pentagon did get a significant amount of intelligence from the Yemen raid. However, as of Tuesday, they'd analyzed the data and determined that it was information they already had. It was considered a success because the information was gathered.

"The military doesn't look at loss of life as to whether or not something is a success," Cuomo noted. "They see that as the price of these missions going into it. They don't not take on missions because there might be a loss of life, and yet what we saw last night is this really powerful, powerful stuff that can come up in politics. Nothing galvanizes the American people and American politicians like the military, but we have seen before where those men and women in that audience have gotten up and cheered and cheered for military and then not delivered for them."

Cuomo then called out Trump for his claim yesterday prior to the speech that it was the generals that "lost Ryan." `

While Owens' widow attended Trump's speech, his father did not. Bill Owens told the Miami Herald that he wanted an investigation into the death of his son.

"Why at this time did there have to be this stupid mission when it wasn't even barely a week into (Trump's) administration?" he asked. "For two years prior, there were no boots on the ground in Yemen — everything was missiles and drones — because there was not a target worth one American life. Now, all of a sudden we had to make this grand display?"

Six other U.S. personnel were injured during the raid and a $75 million military aircraft had to be destroyed after it crash-landed. Deputy press secretary Sarah Huckabee Sanders said that the administration would be "supportive" of an investigation into what went wrong in Yemen. Press secretary Sean Spicer rebuffed the idea of an investigation, instead saying that the mission achieved it's objective and Owens "knew that this was part of the job."