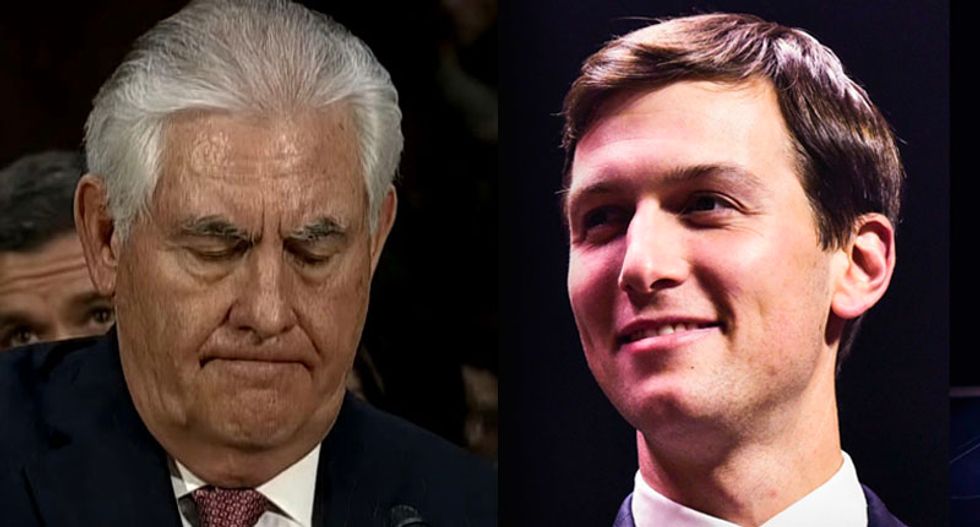 Democratic leaders have sent a letter to Secretary of State Rex Tillerson expressing dismay at a department that they described as being at a "tipping point," with President Donald Trump seemingly getting foreign policy advice from his son-in-law Jared Kushner instead of top diplomats.

At issue are reports that Tillerson's department is being cut out of White House decision making, including recently being excluded from the release of the Human Rights Report.

The letter also states, "The department has reportedly been excluded from calls and meetings with key foreign leaders, and critical policy discussions are occurring without meaningful input from the Department of State."

According to the Washington Post, White House insiders call Trump son-in-law Jared Kushner -- a real estate developer -- a “shadow secretary of state,” able to influence the president due to his marriage to Trump's daughter Ivanka.

According to the senators the department "appears unable to respond to the myriad of foreign policy challenges facing our nation," due to under-staffing related to White House interference in hiring decisions, including shooting down Tillerson choice Elliott Abrams for the number two position at the State Department.