'How can you exploit his widow?' The View's Sunny Hostin boils with rage over Trump's Owens tribute 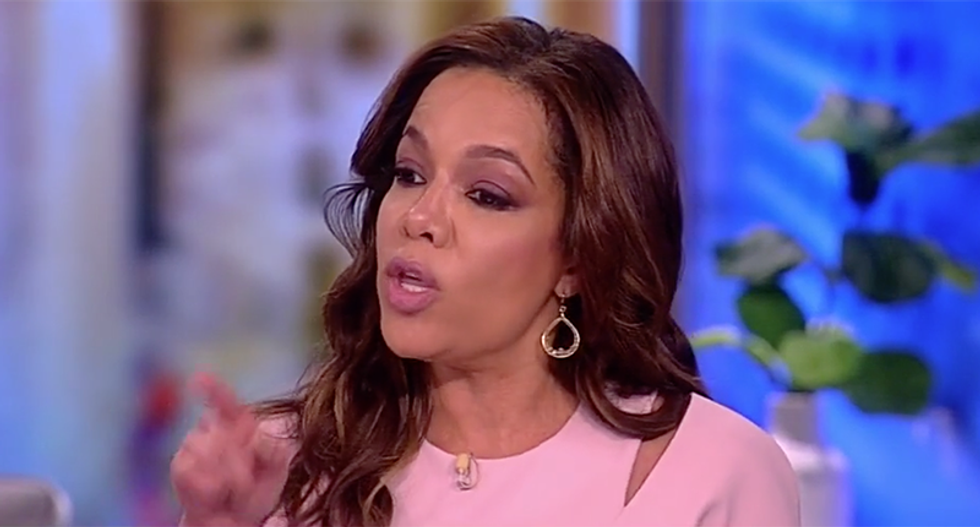 The longest standing ovation of President Donald Trump's speech Tuesday came when the widow of Chief Petty Officer William “Ryan” Owens was honored. But co-host Sunny Hostin of "The View" was furious about it.

Hostin's family has a history with the military. She has invited her veteran cousin, who she was raised with her as a brother, on the show many times. He was injured in the army and lost his hand and his face while serving.

"My God!" she exclaimed. "How do you exploit the woman who's grieving over the loss of her husband, the father of her children, when you sent him there without the appropriate ground support?"

Goldberg noted that just hours before the speech, Trump blamed his generals for Owens' death saying, "they lost Ryan." Trump's press secretary Sean Spicer also said, "he knew that this was part of the job.”

"I thought that was so exploitative," Hostin continued. "It was so hurtful to me because we know that U.S. military officials have said to the press that [President Barack] Obama didn't give the green light [on the operation] because he felt that the mission would mark a significant escalation in Yemen. And President Trump, without the intel, without the appropriate ground support, approved this at dinner, while not in the Situation Room, and was tweeting."