'I don't know if I want to calm things down': Rudy Giuliani defends White House chaos 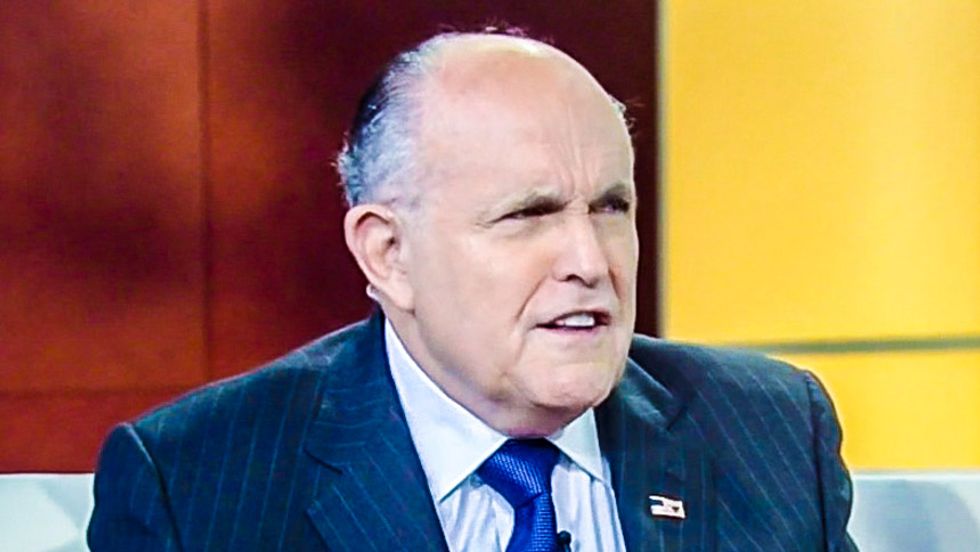 Former New York City Mayor Rudy Giuliani defended President Donald Trump's chaotic White House, saying it is a by-product of change that he hoped to see after Trump was elected.

Giuliani, who was a key adviser to Trump during the election, was spotted at Reagan National Airport by a reporter from TMZ and asked, "Things seem a little scattered in the White House right now. What advice would you give to calm things down?"

The grinning Giuliani, pulling a carry-on, skipped over the White House's leak problem and fighting among staffers to say that conflict is good.

"I don't know that I want to calm things down, I want to see change," he replied. "Whenever you have change, you have disruption. On a way I kind of expected this kind of discussion to be going on."

"He [Trump] is trying to change things and trying to get America moving in a different direction," he added.

The video can be viewed at TMZ.