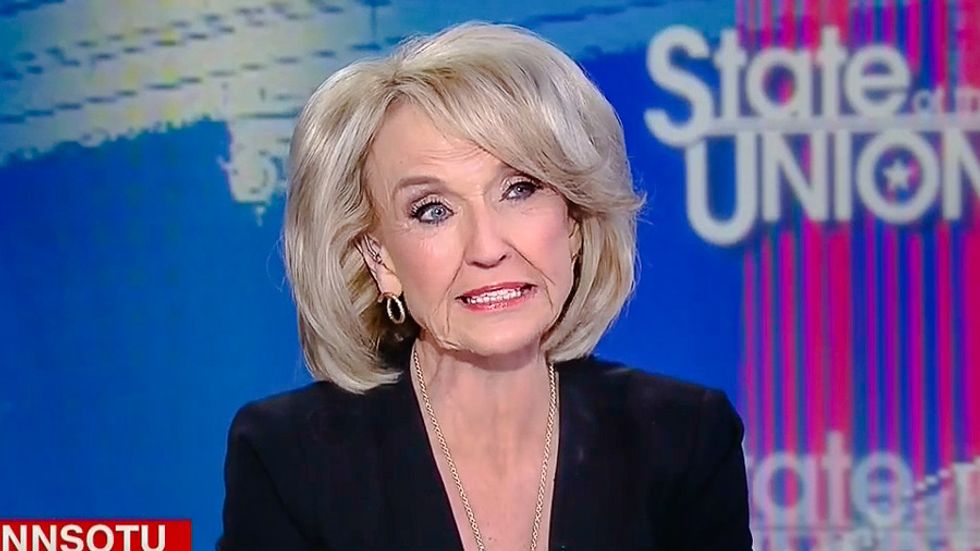 Responding to reports that the GOP plan to replace Obamacare will cause 380,000 people in Arizona to lose their Medicaid insurance coverage, former Governor Jan Brewer (R) broke ranks with her fellow Republicans by saying a loss of coverage would "devastate lives."

In an interview with The State, Brewer, who has not been one of President Donald Trump's biggest backers, said the plan proposed by House Speaker Paul Ryan (R-WI) "weighs heavy on my heart."

According to an analysis of the state's current Medicaid plan, keeping residents insured would cost Arizona close to $500 million a year by 2023 in a conservative state where tax increases are nearly impossible to pass.

Of concern to Brewer is the loss of coverage by Arizonans, who were able to take advantage of Medicaid after the former governor expanded coverage before she left office. The move added about 400,000 Arizonans out of the 1.9 million covered by Medicaid in the state.

Speaking on the Ryan proposal that would replace the Affordable Care Act, Brewer harshly denounced it.

"It just really affects our most vulnerable, our elderly, our disabled, our childless adults, our chronically mentally ill, our drug addicted," she said in regard to those who were able to enroll due to her efforts. "It will simply devastate their lives and the lives that surround them. Because they're dealing with an issue which is very expensive to take care of as a family with no money."

Brewer also stated that she hoped that President Trump would pressure Republican lawmakers to make major changes to their initial proposal.

"I'm hoping that there will be a coming together of the House and Senate and people weighing in will get heard," Brewer said. "I don't believe that Donald Trump wants to damage these people. He promised when he campaigned that he would not do that to them. I hope he maintains that clear thought moving forward."

Sunday morning, Arkansas Republican Sen. Tom Cotton referred to Medicaid as a "welfare program" and said "able-bodied people" should be booted off of it.