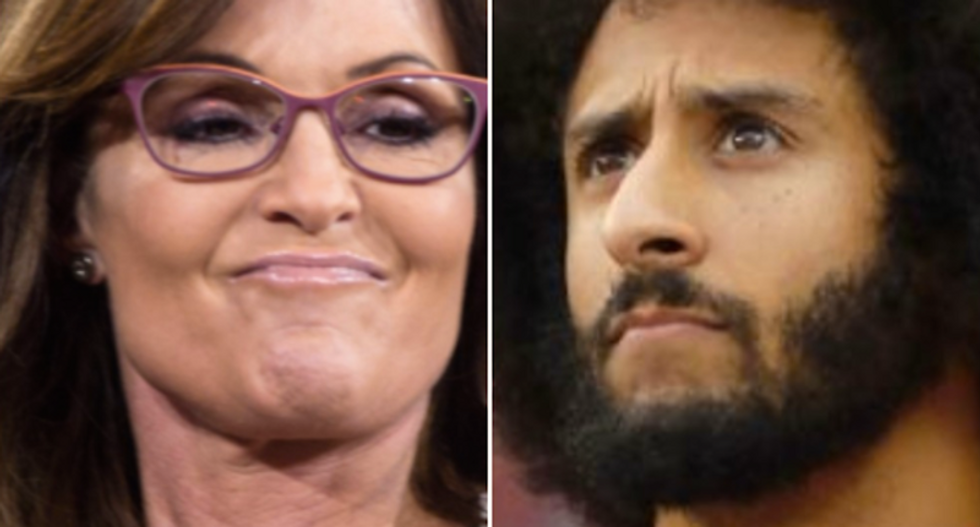 The failed vice presidential candidate and former half-term governor of Alaska posted a link early Wednesday to her own website, which published an article on Kaepernick written by Mary Kate Knorr.

The free-agent quarterback donated $50,000 to Meals on Wheels, which could lose its federal grant -- which makes up more than 35 percent of the program's funding -- under the budget proposed by President Donald Trump.

Kaepernick angered conservatives last year by kneeling during the national anthem to protest police violence against black Americans, and Trump has claimed credit for the player remaining unsigned after opting out of his contract with the San Francisco 49ers.

"And he wonders why he can’t find a job," Palin posted on her Facebook and Twitter accounts, along with a link to the story about his donation.

Twitter users heaped scorn on the political celebrity, whose website complained that reports about Meals on Wheels losing its federal funding were "misleading."

@SarahPalinUSA so, let me get this straight..your mad at a rich person giving money to a program that helps the eld… https://t.co/XCJ2HF8m4L
— Jamal Yaseem Igle (@Jamal Yaseem Igle)1490174275.0