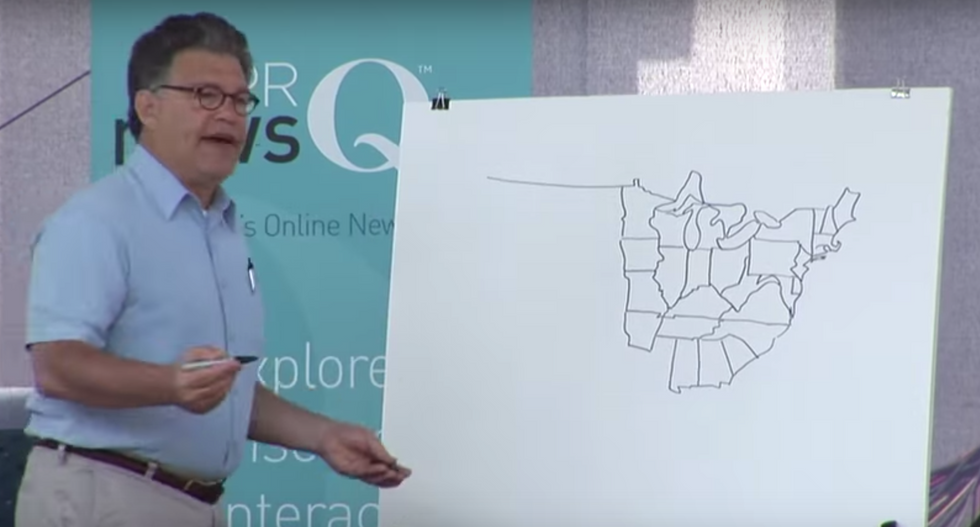 In a circa-2009 video posted by CNN’s Chris Cillizza, Franken can be seen at the Minnesota State Fair drawing an incredibly accurate map of the states without so much as a globe in sight. It was hardly the first time Franken displayed his talent: he’s drawn the map for middle schoolers, “Saturday Night Live,” and even comedian Seth MacFarlane.

Watch the video below, via Minnesota Public Radio/YouTube: