Can universal basic income counter the ill-effects of the gig economy? 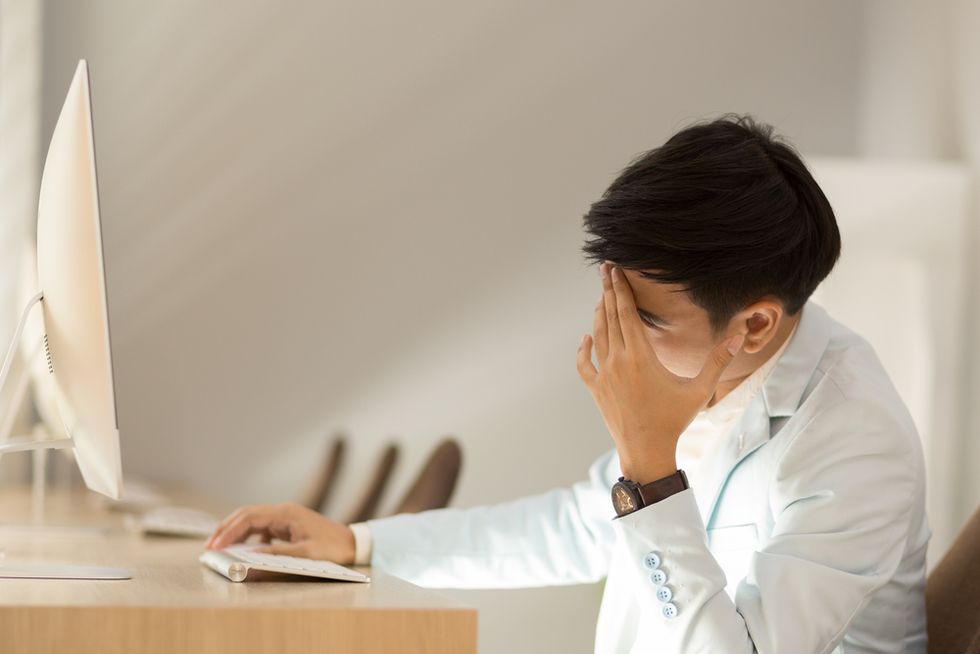 An editor at a computer terminal is frustrated (Shutterstock.com)

Platforms like eBay, Uber, Airbnb, and Freelancer are thriving, growing the digital economy and disrupting existing business. The question is how to ensure that the transformations they entail have a positive impact on society. Here, universal basic income may have a role to play.

Few social policy ideas are as hot today as universal basic income. Social scientists, technologists, and politicians from both ends of the political spectrum see it as a potential solution to the unemployment that automation and artificial intelligence are expected to create.

It has also been floated as a potential solution to the rise of the gig economy, where work is centred around on-demand tasks and short-term projects as opposed to regular full-time employment. This is the kind of employment that platforms like Uber and Freelancer are based on.

Automation and the gig economy are actually closely linked. Isolating and codifying a job task in such a way that it can be outsourced to a gig worker can be the first step towards automating that task. Once a task has been automated, gig workers are used to train and supervise the algorithm. Meanwhile, expert online contractors are hired to fine-tune the technology. More often than not, a finished artificial intelligence system is actually an ensemble of machines and human workers acting in concert.

Basic income is an interesting solution for the gig economy, because it addresses its problems from a new angle. One of the most problematic aspects of the gig economy has to do with its negative job characteristics. Though gig work can provide autonomy and good earnings for some, it also involves uncertainty and insecurity, and for many can entail working antisocial hours for little pay.

A sort of default policy response therefore tends to be to regulate gig work back into the mould of standard employment, consisting of things like guaranteed working hours and notice periods. Basic income takes a different angle. It provides workers with a level of security and predictability over their income that is independent of work.

Plus, by providing workers with a fallback option, a sufficiently high basic income empowers them to turn down bad gigs. So, rather than regulating employer-employee relations, basic income allows them to negotiate terms on a more level playing field. This is why the idea has found favour on both sides of the left-right divide.

But is basic income viable? One of the big questions is of course its cost. Giving every citizen enough money every month to pay for their essential living costs is no mean feat. Even if it replaced needs-based benefits, it would still probably entail a largescale redistribution of income. The economics of this continue to be vigorously debated, but on a macro-level it may be basically viable.

Yet if basic income is intended as a corrective to economic inequality resulting from new technologies, then the micro-level details of how it is funded are also important. Silicon Valley technology companies, regardless of all the wonderful services they provide us with, have also been notoriously good at avoiding paying taxes. Had they paid more taxes, there would probably be less economic inequality to grapple with now in the first place.

So when some of the same technologists now suggest that states should address mounting inequality with basic income, it is pertinent to ask who will pay for it. Colleagues and I have previously looked into novel ways of taxing the data economy, but there are no easy solutions in sight.

Proponents, however, have faith that most would want to better themselves or help others, even if they were not explicitly paid to do so. The idea is that a guaranteed income would free people to pursue societally valuable activities that markets won’t pay them to pursue, and that current test-based benefits may even hinder them from pursuing.Another frequently cited set of questions has to do with basic income’s expected effects on society. Sceptics fear that given a free income, most people would simply stay home and watch YouTube while society crumbles. After all, employment is tightly bound with people’s sense of identity and self-worth, and provides time structure for each day, week, and year.

But all of these activities require not just food and shelter that basic income can buy, but also other resources, such as skills, knowledge, connections, and self-confidence. The most important means through which many of these resources are cultivated is education. Deprived of this, people with nothing but a basic income may well end up sitting at home watching YouTube.

Research that colleagues and I have carried out looking at online gig workers in Southeast Asia and Sub-Saharan Africa suggests that it is not the most resource-poor who are able to benefit from new online work opportunities, but more typically those with a good level of education, health, and other resources.