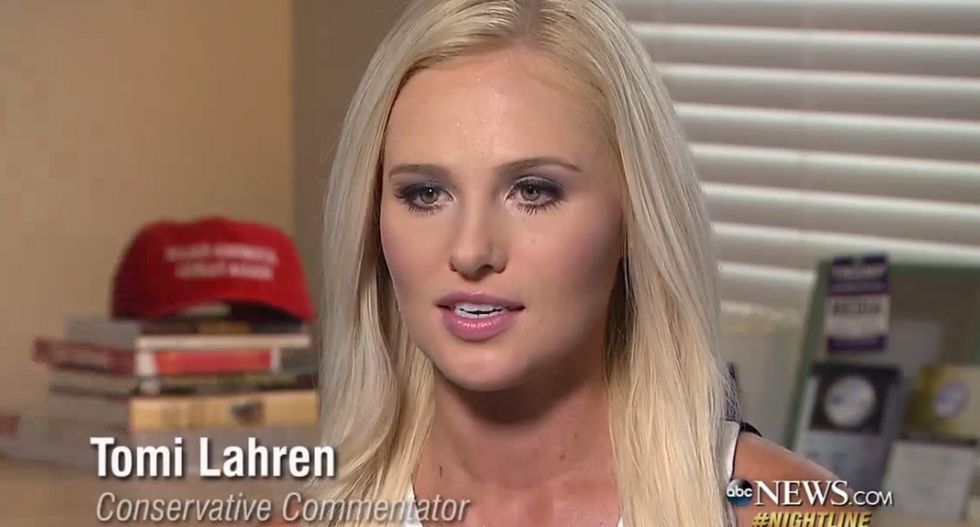 Conservative media darling Tomi Lahren “treated staffers with contempt and disdain”—including requiring they “heat up her ‘butt warming pad’”—and seems to “get a high off of creating a hostile work environment,” the Daily Caller reports.

According to “several sources with direct knowledge of the situation,” Lahren was a “diva” who “expected to be treated like a queen.” One source called her demand for the staff to warm a butt pad int he microwave as “dehumanizing.”

“To demand they warm your butt pad is absurd,” the source said.

“Even when you wanted to give her a chance, she would go out of her way” to fight with other Blaze employees, one source told the Caller.

Lahren was suspended from The Blaze last month, after telling the hosts of "The View" she’s a pro-choice conservative.

She later filed suit against Glenn Beck and The Blaze, alleging wrongful termination based on her pro-choice views. Beck denied Lahren’s abortion stance was the catalyst for her supension, and counter-sued Lahren, claiming her behavior was the basis for his decision.

“Lahren’s treatment of the floor crew was inappropriate and unprofessional, constantly complaining about everything including but not limited to lighting, room temperature, editing, shooting, directing, etc,” the countersuit reads. “Lahren was divisive and created conflicts with other media personalities at TheBlaze.”

The sources who spoke with the Caller would seem to corroborate the countersuit.

“She’s just not a pro and has ambition above her skill set and attitude,” one source said. “She created a toxic atmosphere and was not easy for people to work with.”