Is O'Reilly the lecherous 'male on-air host' who mused about 'f*cking' his staff to the NY Observer? 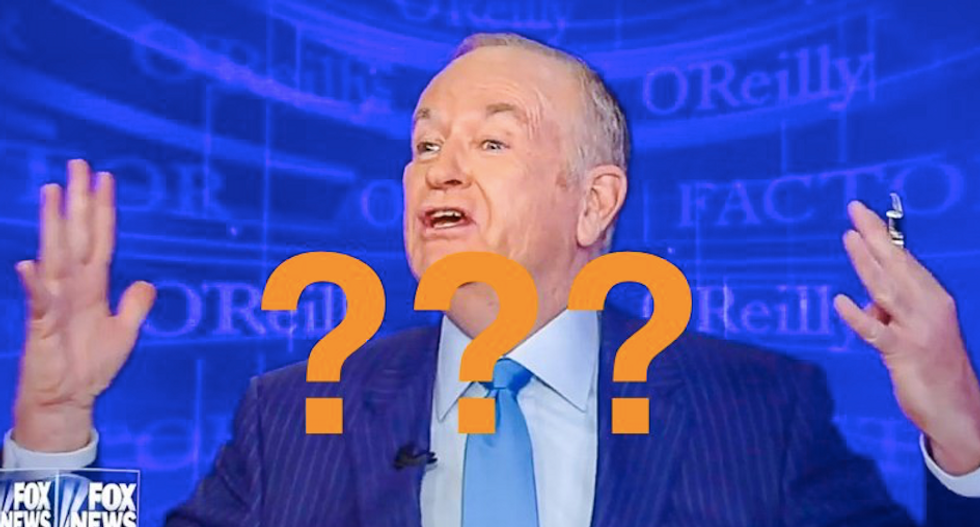 On Wednesday, Fox News fired Bill O'Reilly after mounting allegations of sexual harassment and abuse made it untenable for the network to continue its 21-year relationship with O'Reilly, who has dominated the cable news ratings for much of his run.

Thursday, New York magazine writer Joe Hagan pointed to an anonymous statement from a 2004 New York Observer article that -- in hindsight -- sounds an awful lot like the now-deposed king of cable news, O'Reilly.

The Observer article -- condescendingly titled "Revolt of Fox's Hens" -- talked about the 2004 lawsuit in which producer Andrea Mackris alleged that O'Reilly stalked and harassed her. The piece quoted "one prominent and current male on-air host" who mused lecherously about the gender dynamic of the TV news work environment:

“At the producing level, it’s all young women,” he said, “99 percent of whom have no chance of being on TV. They like being in TV and they like powerful men. Each host has around him lots of good-looking, unmarried women. Women are excited by power, let’s be totally clear. The temptation to f*ck your staff is overwhelming -- literally, almost overwhelming. You just can’t imagine how sexually out of control it is. A quarter of the women are bisexual. They’re good-looking, they’re totally without restraint. Nobody has family around, you’re on the road traveling, and you’re making $7 million a year and they’re making $65,000 a year. That’s three grand a month to live in the big city. You’ve got all the money—in every way, you’re the sheik, they’re the harem. You can’t overstate how true that is. That’s a natural dynamic.”

The power structure, he mused, is set up so that the producers' entire job is to focus positive attention on the on-air personality like a bevy of servant girls.

“All they do all day long, their job is to serve you,” he said. “That’s explicitly their job. How you look, how you sound -- everything is focused on you.”