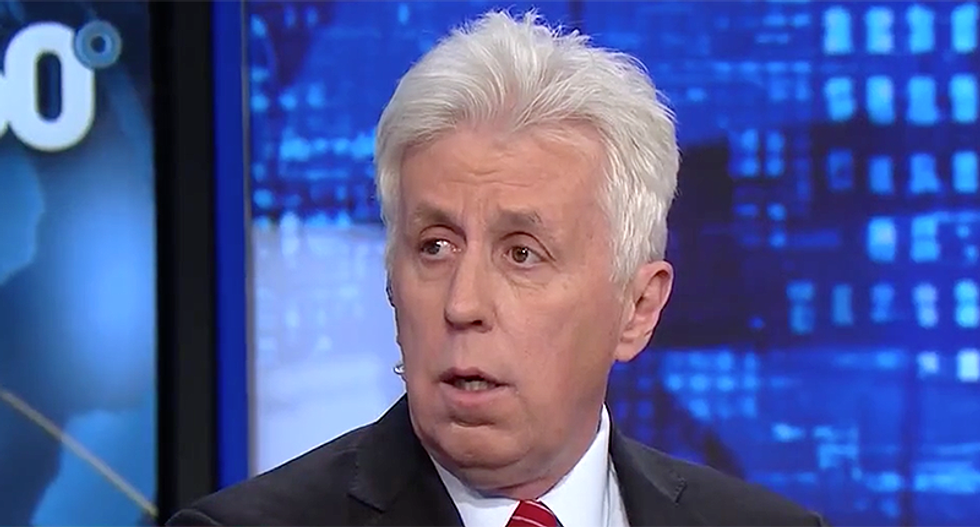 Symone Sanders and Jeffrey Lord had a heated exchange on CNN this afternoon after Lord claimed that "vagina-grabbing" President Donald Trump is exactly like Dr. Martin Luther King, Jr. The internet rained down with attacks on Lord with disgust as did former CNN host and award-winning journalist Soledad O’Brien. So, Lord took to CNN.com to defend himself with an editorial.

“Both host Alisyn Camerota and fellow guest Symone Sanders were astonished," Lord explained. "So, it appears, are others. They shouldn’t be. In fact, I made a comparison between Trump and King deliberately and with reason. Both men used or are threatening to use [a] crisis to pass legislation.”

Lord cited MLK's “Letter from Birmingham Jail," which he said is like Trump's thought that he could withhold payments to insurers to force Democrats to come to the table to discuss a deal on Obamacare.

"Nonviolent direct action seeks to create such a crisis and foster such a tension that a community which has constantly refused to negotiate is forced to confront the issue," MLK wrote and Lord linked to. "It seeks so to dramatize the issue that it can no longer be ignored... The purpose of our direct action program is to create a situation so crisis-packed that it will inevitably open the door to negotiation. I, therefore, concur with you in your call for negotiation."

Lord claimed Trump is using MLK's own strategy to create a crisis that will ultimately open the door to negotiation. He claimed that King's objective was to negotiate to pass civil rights laws that would finally make African-Americans equal to white Americans and Trump is using the same tactic to hurt Obamacare so he can "replace Obamacare" with a plan that would take healthcare away from millions.