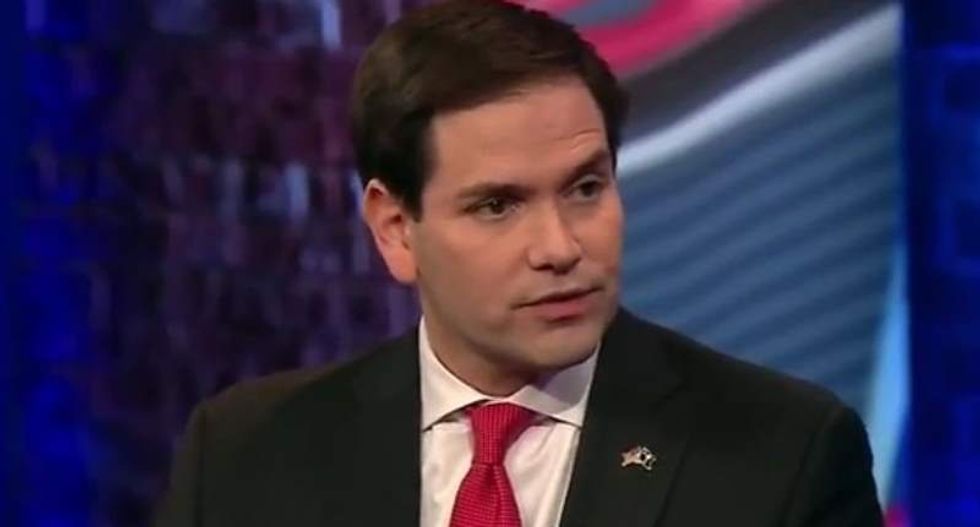 Tillerson said last week during a joint news conference with the Turkish foreign minister that Assad's "longer-term status" would be decided by the Syrian people" -- which many human rights activists interpreted to mean the U.S. would allow him to remain in power.

"I don't think it's a coincidence that a few days later we see this," Rubio said Wednesday morning, referring to this week's chemical weapons attack.

That attack, which activists and eyewitnesses have blamed on Assad's government, killed at least 70 civilians -- including a number of children.

"In this case now, we have very limited options and look, it's concerning that the secretary of state ... said that the future's up to the people in Syria on what happens with Assad," Rubio said on the radio show "AM Tampa Bay." "In essence, [Tillerson was] almost nodding to the idea that Assad was gonna get to stay in some capacity."

Rubio said Tillerson could embolden Assad to undertake further attacks, because the U.S. State Department had not strongly condemned this week's massacre.

"Assad believes -- and sadly he may be right -- that he can gas his people with sarin, kill children, kill innocent civilians, people will complain, there'll be a meeting at the UN Security Council and then life will go on and he'll stay in power," Rubio said. "He's made that calculation. The Russians support him on it. China is indifferent. And I hate to say this, I think he's gonna get away with it again."

Rubio challenged Tillerson during his Senate confirmation hearings on alleged Russian war crimes in Syria, as well as the murders of some of Russian President Vladimir Putin's political opponents.

"People who speak up for freedom in regimes that are oppressive are often at threat, and these things happen to them,” Tillerson said during the confirmation hearings.

Rubio eventually voted to confirm Tillerson, despite his "serious concerns" about the former ExxonMobil CEO.