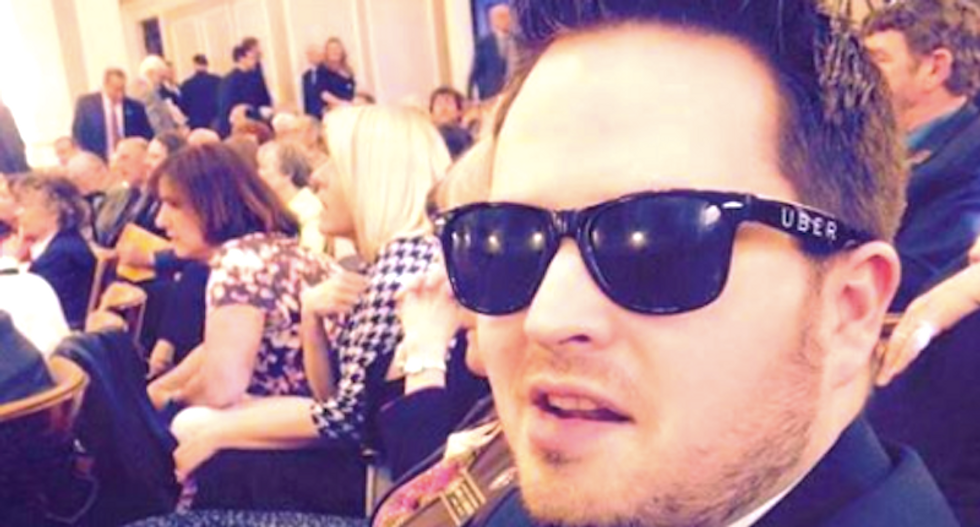 A Republican state lawmaker has been revealed as the creator of the "Red Pill" online haven for pickup artists and men's rights activists.

The Daily Beast reported that Robert Fisher, who won re-election in November to New Hampshire's House of Representatives, appears to have set up the misogynist Reddit community that boasts nearly 200,000 subscribers.

The website found a trail of posts linking the 31-year-old Fisher to the user name Pk_atheist, the creator of The Red Pill forum that describes itself as a “discussion of sexual strategy in a culture increasingly lacking a positive identity for men.”

An investigation links Fisher to a variety of online aliases dating back to his high school days, which helped reporters track his activity across a variety of forums and blogs over nearly 15 years.

Fisher denied any knowledge of The Red Pill forum, and he admitted hearing about the men's rights movement but denied knowing what a pickup artist was, although his posts reveal a familiarity with pickup artist jargon.

The two primary accounts linked to Fisher by The Daily Beast were deleted within hours after its reporter contacted the lawmaker.

His Facebook page shows Fisher is chief operating officer of Same Day Computer, which operates two computer repair shops in New Hampshire, and the sole member of the band The Five Nines.

Fisher's online posts attack women for their "sub-par intelligence," and he said their "personalities are “lackluster and boring, serving little purpose in day to day life,” reported The Daily Beast.

“It is literally the [female] body that makes enduring these things worth it," he said in another comment.

A Daily Beast examination of Fisher's posts reveal complaints that women are repelled by boasts about his own business success and paranoia that he'll be accused of date rape.

“Dude, I’m attractive and a business man," he posted in 2012. "I own a small empire. I’m also running for political office, and I’m incredibly outgoing… And this site [OkCupid] files me in next to millions of other guys. Obviously I’m going to have more luck IRL."

Most recently, Youssef told CNN that he'd witnessed widespread voter fraud but admitted under follow-up questioning that he couldn't prove his claims.

Youssef, a men's rights activist, violated New Hampshire election law in 2012 when he published a deceptive blog intended to make it appear that his ex-wife's attorney endorsed his campaign.

He complained on Reddit that "the corruption, greed, lies, and abject depravity of the feminist system" had violated his rights during a child custody case, and Fisher came to his defense online.

Fisher stepped down as lead moderator of the Reddit community in 2016, two years after winning a statehouse seat, but continued to contribute to the forum under the alias Pk_atheist.