Morning Joe hammers Trump over self-destructive tweets: 'Something is deeply wrong with this man' 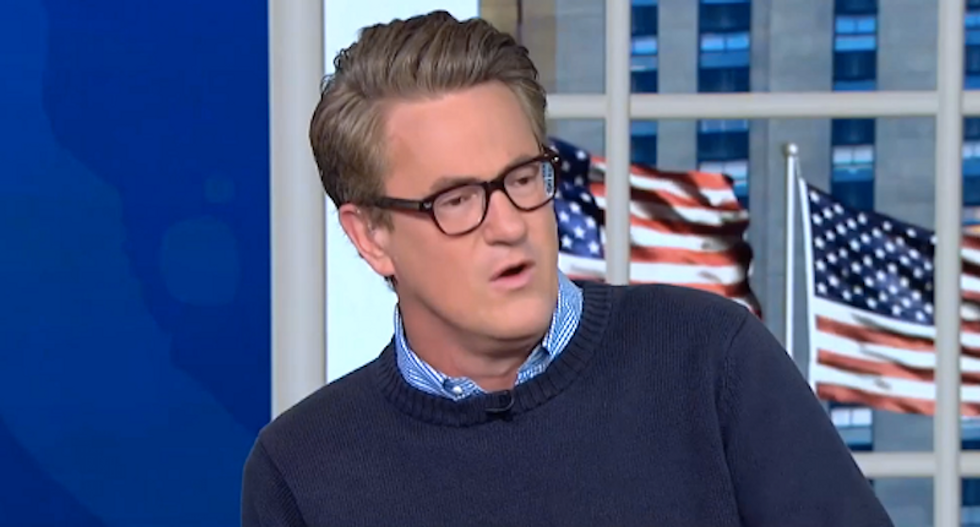 President Donald Trump spent much of his weekend watching TV news and tweeting, and MSNBC's Joe Scarborough wondered if his longtime friend suffered from some mental disorder.

The "Morning Joe" host was mystified Monday that Trump continued to draw attention to his baseless claims that President Barack Obama had wiretapped him ahead of the election.

"He's repeated this over and over and over again," Scarborough said. "It really is like picking the same scab over and over again -- I'm sorry to say that -- but that's what he's doing. His staff -- like any sane, rational staff -- would be pulling their hair out right now saying, my god. Instead, they keep making excuses for him."

Trump has been focused on perceived slights even after winning the election and then his inauguration, and that's kept him from focusing on his job, Scarborough said.

Trump is so focused on attacking his enemies and defending his lies that Scarborough is wondering about his mental health.

"He starts lying about Barack Obama -- not healthy," Scarborough said. "Something is deeply wrong with this man that he cannot show -- hell, he's not even a day trader, he's a minute trader."

Scarborough, who's known the president for more than a decade, said Trump's problems go much deeper than his petty tweets.

"Here is the critical thing -- don't say, please, on Twitter, stop being stupid," he said. "Don't be stupid and say you should have known this was coming because of what he did with the birther stuff. I will say it again, Donald Trump cynically knew if he played the birther card that 45 percent of the Republican Party would be in support of him and say, 'Hey, that's our guy -- he's saying what nobody else will say.'"

"That was in his self-interest," Scarborough continued. "It was offensive, it was a lie and it was racist, but his political self-interest was cynically forwarded just like a bigot in the South back in the 1940s would do that. In this case, everything he is doing just as offensive, but it is against his political interest. That's where you start saying, 'Okay, wait a second. there's no rational reason he should be doing this every day, even if you think he's a cynical, horrible human being."