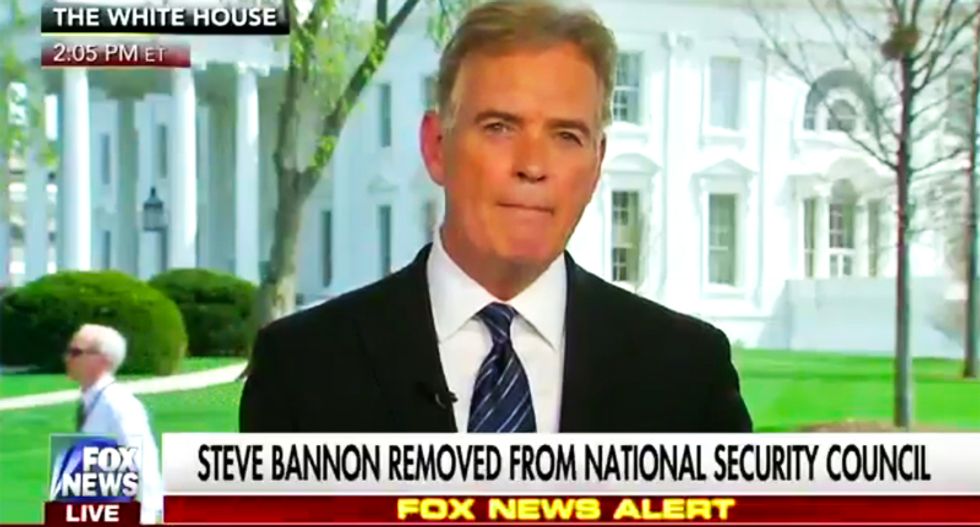 With conflicting stories coming out of the White House over President Donald Trump senior adviser Steve Bannon being booted from the National Security Council, a Fox News White House correspondent claims Trump had problems with Bannon overshadowing him.

According to John Roberts of Fox News, Trump has not been entirely happy with his political guru Bannon.

"We are also told that maybe the President was not particularly happy at the way Bannon had been grabbing the limelight," Roberts reported before adding, "That may have played into all of this."

Earlier in the day the son of former national security adviser Michael Flynn called the Bannon ouster a power play by the man who replaced his dad, tweeting, "Fact 1: Flynn/Bannon most loyal to DJT (both out at NSC),” he wrote on Twitter. “Fact 2: McMaster wont say ‘Radical Islam.'”

The other, other shoe drops.

@johnrobertsFox: "The president wasn't particularly happy at the way Bannon had been grabbing the limelight…" pic.twitter.com/P3PIXNwL0n