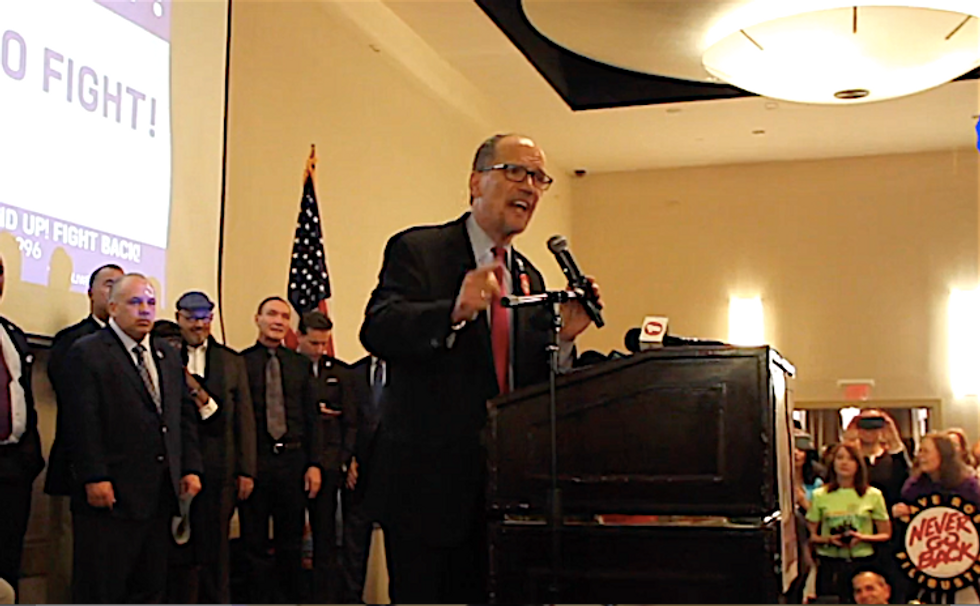 Mediaite.com reported that Perez said the marches and protests that have taken place since Jan. 21 are the real spirit of America, not the forces that won Pres. Donald Trump the electoral vote in November.

The protests show that Trump doesn't “stand for our values,” said the former U.S. Labor Secretary. "You didn't win this election," he said to Trump.

He lit into Republicans who failed to repeal the Affordable Care Act saying that whether we call it Ryan Care or Trump Care, the real name of the policy should be "I don't care."

“Because they don’t give a sh*t about people!” he said to a cheering crowd. "This repeal was a massive tax break for the wealthy."

Just then the ballroom lights went out and Perez said, "And you know what? You can try and silence our lights, but we will bring your abuses to light."