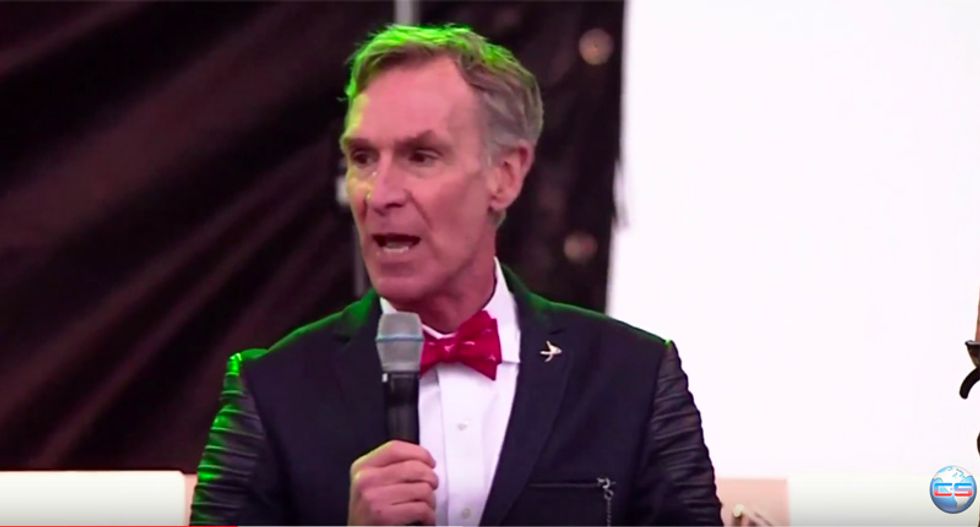 Popular science explainer Bill Nye wowed the crowd standing in the pouring rain at a Washington DC rally preceding the March for Science on the White House.

"We are marching today to remind people everywhere, our lawmakers especially, of the significance of science for our health and our prosperity," he exhorted the crowd before listing off accomplishments directly to tied to scientific inquiry.

"Show the world that science is for all. Our lawmakers must know and accept that science serves every one of us," he exclaimed before shouting out, "Save the world!"

Earlier in the day, Nye gave a severe dressing down to a climate change denier who has been advising President Donald Trump.

Travis McMichael, the 36-year-old man who fatally shot Ahmaud Arbery in 2020, has been sentenced to life in prison.

NBC News reports that McMichael will have to serve a life sentence plus 10 years for the murder of Arbery, an unarmed Black man who was running in McMichael's neighborhood before McMichael chased him down with his father, Greg McMichael, and his neighbor, William Bryan.