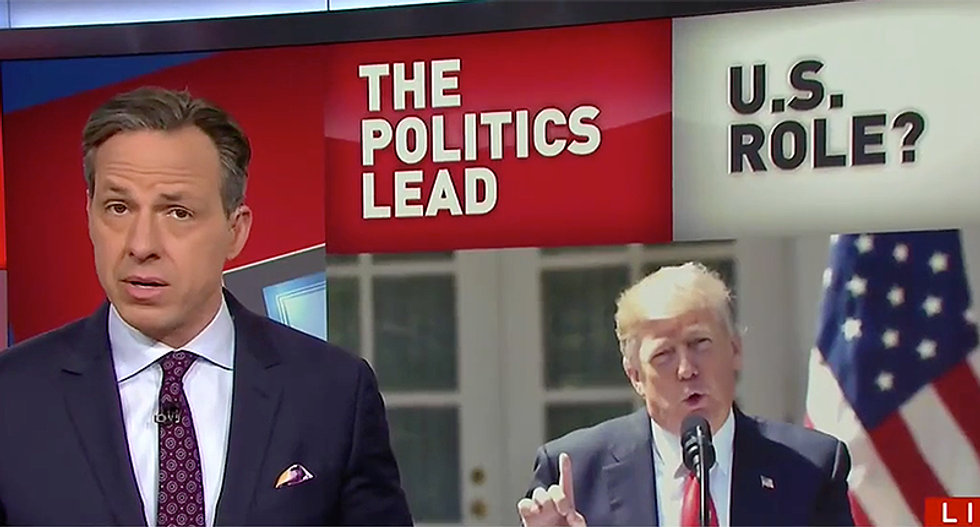 During the 2016 campaign, then-candidate Donald Trump attacked then-President Barack Obama for not acting on the so-called red line that Syria crossed in 2012 when they attacked their own people with chemical weapons.

Yet, in 2013, Trump whistled a different tune, urging Obama not to act on the red-line.

To make things even more confusing, in Oct. 2016, Trump heralded Russian President Vladimir Putin and Syrian president Bashar al-Assad for their work on the war on terrorists.

"I think the Obama administration had a responsibility to solve the crisis a long time ago," Trump said of his predecessor's approach to the Syrian regime. "And when he didn't cross that line in making the threat, I think that set us back a long ways not only in Syria but in many other parts of the world because it was a blank threat. I think it was something that was not one of our better days as a country."

The tune has changed once more, now that Trump has decided he actually doesn't like Assad after all.

"It crossed a lot of lines for me," the president said during a Rose Garden news conference on Wednesday with Jordan's King Abdullah. "When you kill innocent children, innocent babies, little babies, with a chemical gas that is so lethal that people were shocked to hear what gas it was, that crosses many, many lines, beyond a red line, many many lines."

"President Trump has made it clear he wants to be president of America and not of the world," CNN host Jake Tapper said to start off his Wednesday show. "He stated this again just this week, but now the world is trying to figure out -- what exactly does that mean?...

Tapper noted that there is nowhere that Trump being tested more right now than in Syria.

"Faulting President Obama, of course, for not acting against Assad after the red line threat is a perfectly legitimate criticism, but can President Trump credibly make it?"

At the top of the show, Tapper wondered if "Vice President Jared Kushner" might intervene in some of the things plaguing the administration.