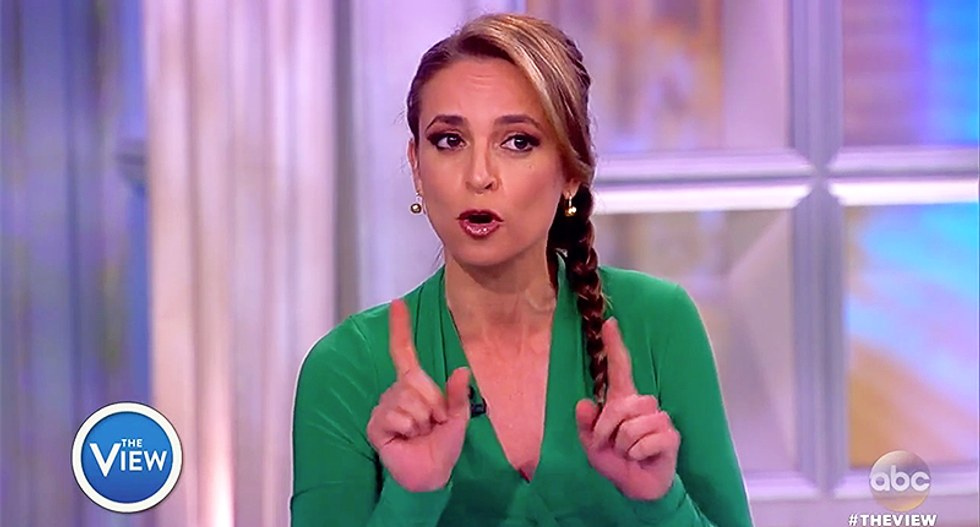 The women of "The View" celebrated Equal Pay Day by talking about the continued developments in the Bill O'Reilly and Fox News sexual harassment cases. Fox announced yesterday that they anticipate more women will come forward with allegations against O'Reilly.

Monday, the women discussed the problems that the culture has because they continue to allow these people or institutions to continue. Co-host Jedediah Bila said that she believes there won't be any accountability because Fox News is a money-making enterprise and O'Reilly their cash-cow. However, advertisers are now coming forward saying that they no longer wish to have their ads aired during O'Reilly's shows.

"I certainly think it changes the equation for Fox News in large part," co-host Sunny Hostin noted. "If you look at O'Reilly's numbers, the 'O'Reilly Factor' brings in millions so, what that means is once advertisers start taking their money away, his worth goes down at Fox News."

She went on to say that that the problem she believes we're seeing is that Fox has created a "culture of sexual harassment" at the company.

"It's a de facto hostile work environment, and until you change the culture by getting rid of the folks that are the vestiges of that culture like Bill O'Reilly," Hostin continued. "They got rid of Roger Ailes. Clearly, it's not enough, you're not going to see changes."

"I have now worked at two networks and I know there is certain feedback you get from people when you look a certain way on air," co-host Sara Haines said. "I had never heard actually what -- until I actually met Jed who worked for Fox some of the requirements of women in their dress codes."

According to Bila, the women had very specific requirements for clothing that included not wearing pants. However, it wasn't a written policy, rather on-air talent was required to use clothing from their wardrobe room that was approved clothing. Nowhere in the wardrobe room were there any outfits with pants.

"You used to go into a room and there was a bunch of dresses that you can choose from," Bila explained. "I was told I wasn't allowed to wear orange because Roger [Ailes] didn't like orange. People say, 'why didn't you wear pants?' I wasn't given a pants option so I had to choose skirts."