'You've taken it to a place it didn't need to be': CNN panel lectures Lord over MLK-Trump comparison 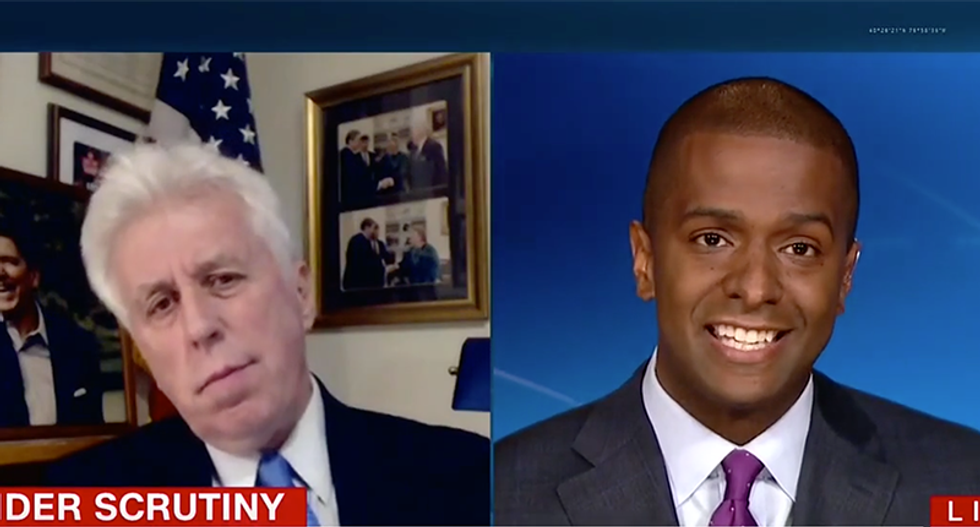 "You've taken it to a place it didn't need to be," Sellers said. Later he said that this is where our culture has gone with people like Lord and Sean Spicer can rewrite history. "People died so I could sit here. It is an affront and I dare not let it go."

"Jeff, the notion that Dr. King is creating a crisis, I mean, I know you isolated that line from his writing, the crisis, it seems to me, existed long before Dr. King," Cooper explained. "The crisis was about the treatment of black Americans in this country. It wasn't a crisis manufactured by Dr. King."

Sellers said that Trump is working to create a culture of anti-intellectualism and ignorance and the comparison that Lord made "perverted" one of the greatest pieces of literature of the last 150 years.

"The fact is that Donald Trump is trying to bring Democrats to the table to gut a piece of legislation which has insured many and saved lives," Sellers went on. "If he is successful, people will die and rural hospitals like the one I use to represent will close."

He went on to explain that Dr. King's goal was to create equality with all races.

"I am not using a race card," Sellers said after Lord made a blanket accusation. "I'm a black-American citizen who stands on the shoulders of people like Dr. Martin Luther King, Jr... The fact that you want to compare Donald Trump, who is trying to meet some political promise is astounding and even more it's astoundingly absurd. The fact is this, Jeffrey, in our political discourse we have to remove these Hitler and Nazi comparisons. Donald Trump is not Martin Luther King, Jr. We've taken this to a place where it doesn't need to be."

'You've taken it to a place it didn't need to... by sarahburris