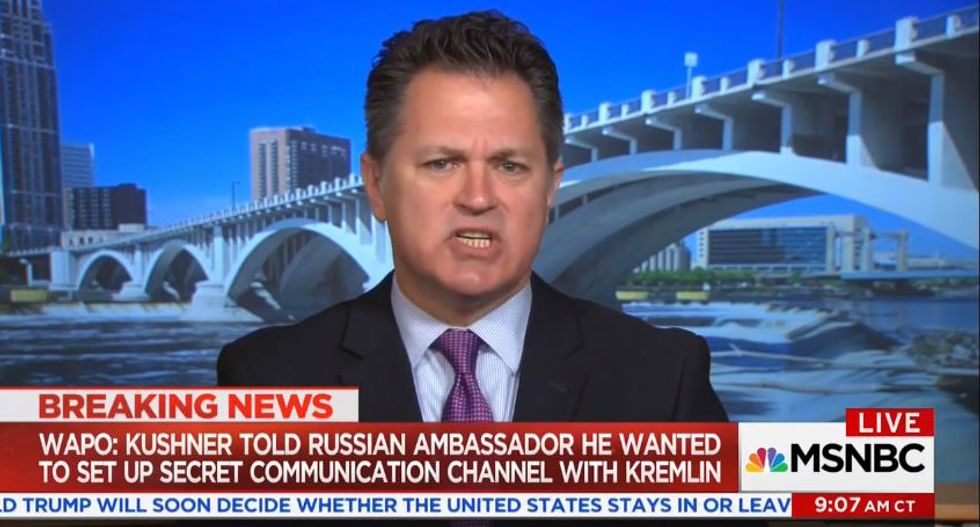 In Saturday's episode of AM Joy, host Joy Reid assembled a panel to discuss the biggest news of the weekend: that Friday night Washington Post news dump that revealed President Donald Trump's adviser and son-in-law Jared Kushner had reportedly set up an undisclosed meeting with Russians to establish a backchannel during the president's transition.

Reid cited the Post's report that claimed Kushner was aware of how "politically sensitive it would be to meet with the Russians," and, perhaps even more stunningly, that Reuters reported that a sanctioned Russian bank could provide the president's son-in-law with loans in exchange for meetings with the president.

"This isn't just politically-sensitive -- this may just be criminal," said former CIA special agent Jack Rice, one of Reid's panelists. "There are people in the intelligence community and certainly prosecutors starting to sharpen their knives here."

"Let's think about where we are here," Rice said. "We're finally at a place where we're starting to not see lies but this starts to sound like the conspiracy that people in the intelligence community are petrified about."

As more information about what Kushner "was trying to get to the Russians" is revealed, Rice warned that this is when matters go from the merely naive to the criminal.

"The problem that we really have is that Americans die as a result of this," Rice said. "People, including our allies, can die because of this. This is why you start to look at this from a criminal perspective. This is the reason you have to start contemplating why you prosecute people who do this sort of thing."

"You're just going to have to assume there's an espionage component to this," Nance said. "Otherwise it would be negligent to not believe these people were being handled by the Russians themselves."

"It would be a hell of a lot of coincidences," Reid concluded.

Watch the entire segment, including commentary from Reid's other panelists, below via MSNBC.