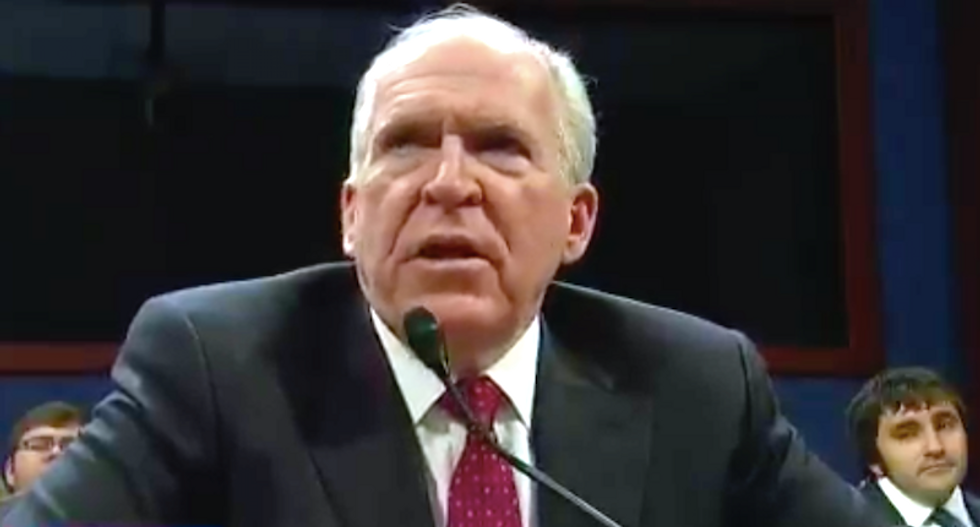 Former CIA director John Brennan suggested Trump campaign associates might have been lured onto a "treasonous path" by Russian agents during the election.

The former Obama administration official told the House Intelligence Committee that intelligence agents had found "contacts and interaction" between the Trump campaign and Russian agents -- which concerned him enough to turn the data over to law enforcement agencies for examination.

Brennan also told lawmakers that he was concerned those Americans may have been unwittingly recruited into serving Russian interests, as he had observed in previous cases.

"I have studied Russian intelligence activities over the years, and I have seen it manifest in many different of our counterintelligence cases and how they have been able to get people -- including within CIA -- to become treasonous," Brennan said.

Oil investor Carter Page, who joined the Trump campaign last year as a foreign policy adviser, was targeted for recruitment by Russian spies in 2013, but they felt he was an "idiot" and decided to move on.

"Frequently, individuals who go along that treasonous path do not even realize they're along that path until it gets to be too late," he added. "That's why my radar goes up early when I see certain things that I know what the Russians are trying to do, and I don't know whether or not the targets of their efforts are as mindful of the Russian intentions as they need to be."

This is a notable comment from Brennan: “frequently, individuals who go along that treasonous path” don't even realize it till it's too late pic.twitter.com/VqkaO7WJeP