Maxine Waters: Trump will be impeached for collusion with Russia to undermine US democracy 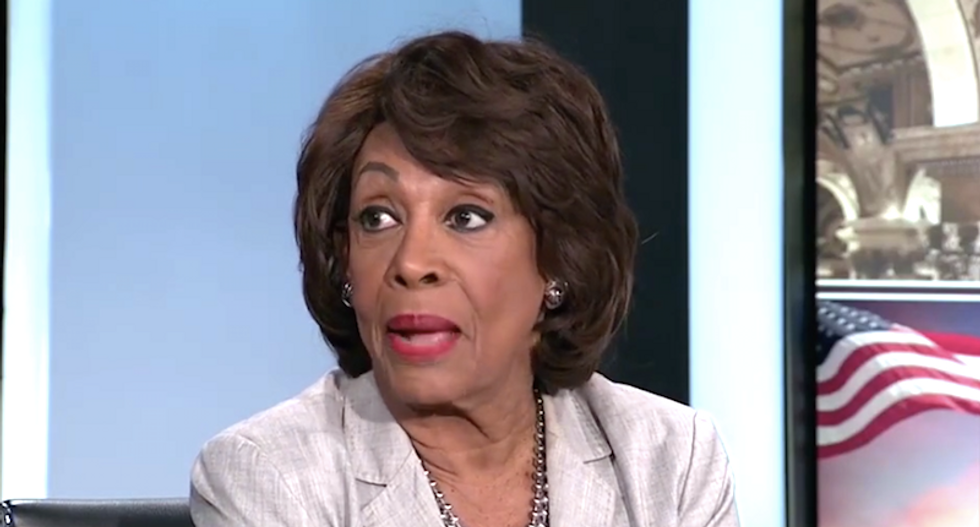 Rep. Maxine Waters (D-CA) believes President Donald Trump will be impeached for working in collusion with Russia during the election and then covering up those actions in the White House.

The California Democrat welcomed the appointment of a special counsel to oversee the investigation of Trump campaign's ties to Russia, and she told MSNBC's "Morning Joe" that Republicans would soon abandon the president.

"There's plenty to discover, and I believe when we get the subpoenas and we get the special counsel at work, doing the real digging into whether or not there was collusion, and the other committees are, you know, trying to establish certain facts, we're going to learn a lot about the connections between this president, his allies and the Kremlin -- and it's going to be very revealing," Waters said.

"I know a lot of people don't like to hear about impeachment, but I believe it's going to lead right to impeachment," she added.

Waters believes congressional investigators will be able to prove obstruction of justice, but she believes former FBI director Robert Mueller -- named Wednesday night as special counsel -- will be able to focus on Russian ties.

"Obstruction is clearer, based on what we saw unfold before our very eyes," Waters said. "I started out on this with collusion, because I absolutely believe it's a lot easier to prove than many people think. When you take a look at the work of (Paul) Manafort, it's going to be easy to identify e-mails, travel and all that goes along with -- bank records, absolutely. I think he has been involved in money laundering."

She said Manafort, Mike Flynn and Carter Page -- three key figures in the Trump campaign -- would be implicated in that probe, and she said the Comey memo showed the president was attempting to stop or derail the investigation.

"Republicans who have been cautious, many of whom are worried but not ready to step forward, recognizing that they have to be concerned about their re-elections, etc., they won't be able to stand with this president when we unfold his connection to the Kremlin and what they were involved in, which we, and I, consider to be collusion," Waters said.

"I think it's going to be borne out, and I don't think that any Republican, even, you know, moderates or conservatives, who love America and who consider themselves patriots, they cannot stand with this president when it appears he has participated in undermining this democracy," she added. That's what I believe."