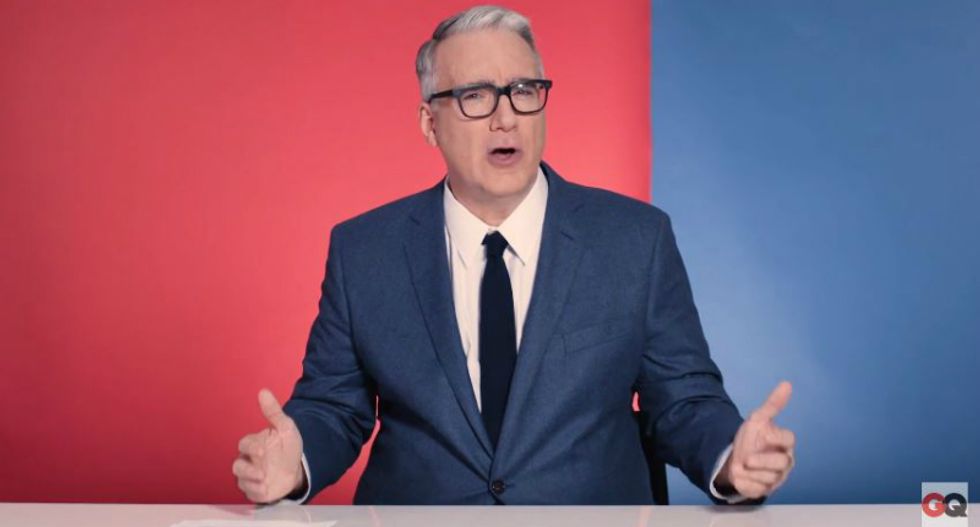 In the latest episode of GQ's "The Resistance," host Keith Olbermann drew an admittedly "speculative" conclusion: that the influx of stories about President Donald Trump's son-in-law and adviser Jared Kushner's meetings with Russian operatives may be the result of disgraced national security adviser Mike Flynn's deal with authorities in exchange for information.

"There's reason to believe that the former national security adviser Lt. Gen. Michael Flynn has already flipped," Olbermann began, "and has already begun to offer testimony against the Trump regime to the authorities, and that the present flood of Kushner stories mainlines directly back to Flynn and that the Kushner crises may in effect be Flynn's samples."

"It's speculative at best," Olbermann concedes, but then went on to say that "two of the smartest people" he'd ever interviewed, Sen. Sheldon Whitehouse (D-RI) and national security analyst Juliette Kayyem, "are doing some of this speculating."

Olbermann cited a recent CNN interview Whitehouse gave, in which he mused that "there is at least a reasonable hypothesis that Mike Flynn is already cooperating with the Department of Justice investigation and perhaps even has been for some time." If this is the case, Whitehouse continued, "having congressional committees drag him in front of Congress could be a significant interference."

He then quoted another recent interview with Kayyem, where she said the potential for an ongoing DOJ deal with Flynn "explains why Flynn's lawyers are not being cooperative with the Senate and House."

"It may also explain why we're starting to hear stories about the Kushner-Flynn relationship," Kayyem said in the quote.

Kayyem, Olbermann noted, noticed in early March the "flurry of talk about testimony from and subpoenas to all the principles in the Trump-Russia nexus and said in effect, 'hold on, how come there's nothing here about Mike Flynn? Maybe he's negotiating a deal?'"

"Within days of her inference, and she was slammed left and right for her inference, Flynn's lawyer...publicly offered to have his client testify, but only with significant immunity," Olbermann said. "And Juliette Kayyem was proved only entirely right."

Watch the entire segment below, via GQ.