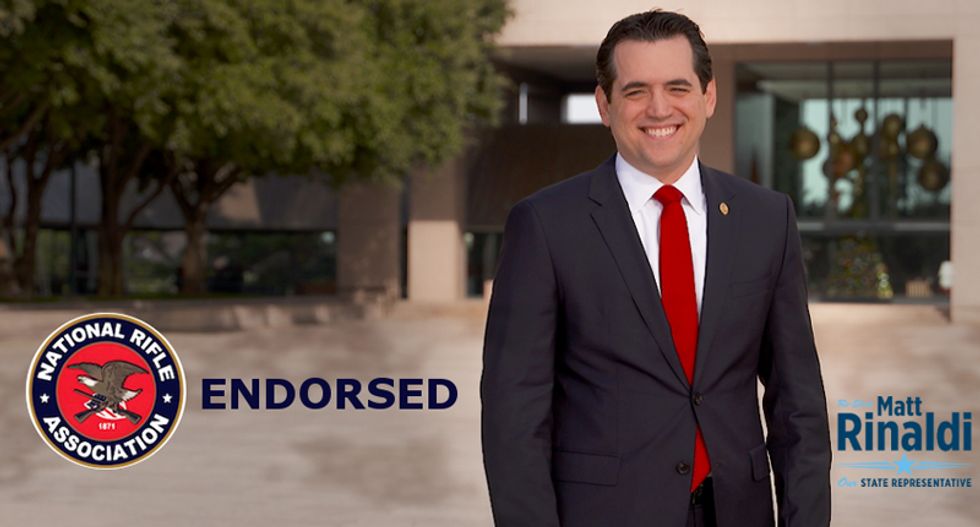 A Republican Texas lawmaker who called Immigration and Customs Enforcement to round up protesters at a rally at the Texas capital on Monday, posted a threat on Facebook to shoot a fellow lawmaker.

Earlier on Monday, Texas Republican Rep. Matt Rinaldi told a group of Latino lawmakers that he called ICE on the protesters, who were on hand to protest the passage of SB4, an anti-sanctuary cities bill that will go into effect in September.

Later in the afternoon, Rinaldi took to Facebook to say he had been threatened by Rep. Poncho Nevarez (D) for making the call, and that Rep. Ramon Romero (D) physically assaulted him.

According to Rinaldi, he was serving notice on Facebook that he would shoot Nevarez in self defense.

Rinaldi added that he is currently under Texas Department of Public Safety protection.

Today, Representative Poncho Nevarez threatened my life on the House floor after I called ICE on several illegal immigrants who held signs in the gallery which said "I am illegal and here to stay." Several Democrats encouraged the protestors to disobey law enforcement. When I told the Democrats I called ICE, Representative Ramon Romero physically assaulted me, and other Democrats were held back by colleagues. During that time Poncho told me that he would "get me on the way to my car." He later approached me and reiterated that "I had to leave at some point, and he would get me." I made it clear that if he attempted to, in his words, "get me," I would shoot him in self defense. I am currently under DPS protection. Several of my colleagues heard the threats made and witnessed Ramon assaulting me.

Rinaldi's Facebook also boasts that he has been endorsed by the NRA with a campaign photo: 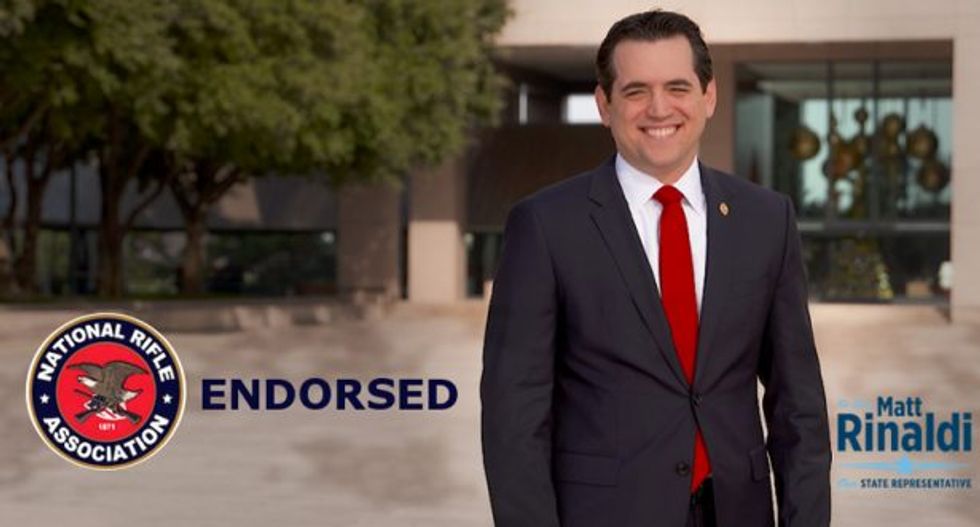