WATCH: Trump again tries to hold Melania’s hand in public — and gets denied for second day in a row 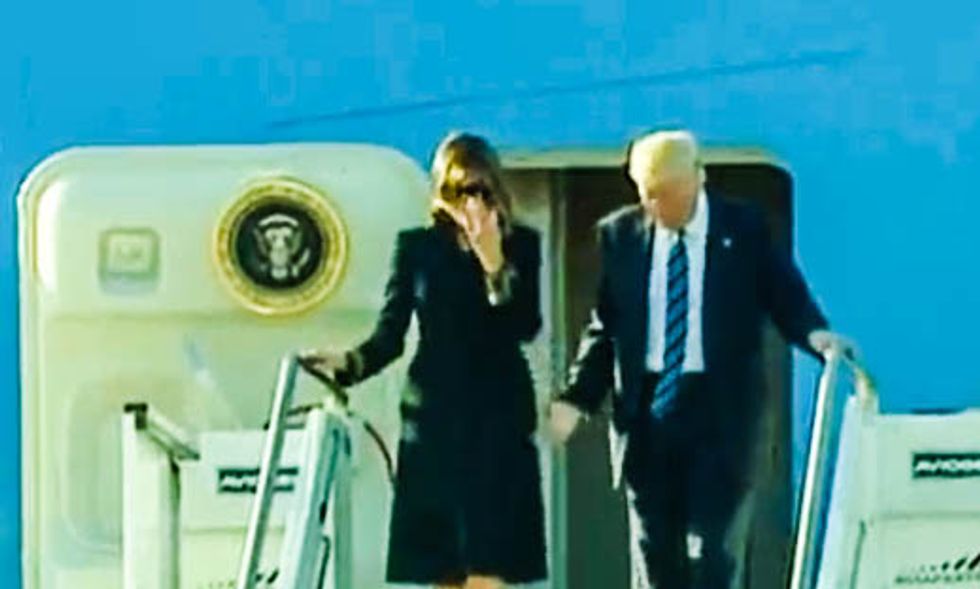 President Donald Trump once again tried to hold his wife's hand in public on Tuesday -- and he was once again quickly denied.

One day after a video emerged of Melania Trump slapping her husband's hand away while the two of them walked side-by-side in Israel, a new video made the rounds showing Melania quickly pulling her hand away when President Trump reaches for it while the couple departed Air Force One.

The Trumps exited the plane, which had just touched down in Rome, and began waving to the crowd. The president then lowered his hand and made a move to reach out to Melania's hand -- however, the first lady quickly moved her hand away from his and then brushed back her hair as they started walking down the steps of the aircraft.