Anti-nuclear bomb activists arrested at US mission to UN 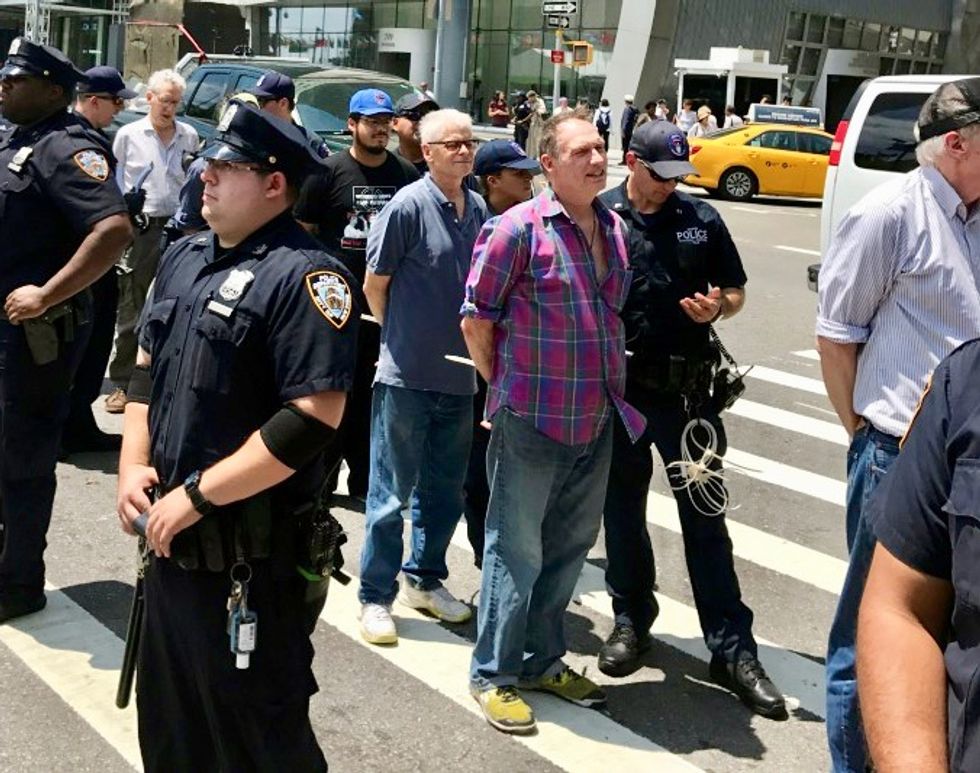 More than a dozen activists were arrested for disorderly conduct after they blocked the entrances to the United States mission to the United Nations on Monday to protest Washington's decision to boycott negotiations on a nuclear weapons ban treaty.

Chanting "U.S. join the talks, ban the bomb," the protesters sat in front of the doors for about 10 minutes before New York police moved in. Police had repeatedly warned protesters that they would be arrested if they did not disperse.

A second round of negotiations is underway at the United Nations.

The United Nations General Assembly adopted a resolution in December - 113 in favor to 35 against, with 13 abstentions - that decided to "negotiate a legally binding instrument to prohibit nuclear weapons, leading towards their total elimination" and encouraged all member states to participate.